We’re very pleased to announce the author lists for our upcoming short story collections Detective Mysteries and Epic Fantasy, due for publication in November 2019. As the latest in our flourishing series of Gothic Fantasy anthologies, the new books continue to pair contemporary takes on the themes with classic tales that have helped shape the genres as we know them today. We received a great response to our recent call for submissions, and we’re delighted to now share the results of a selection process that has been both tough and rewarding: congratulations to the below and many thanks to all who submitted! 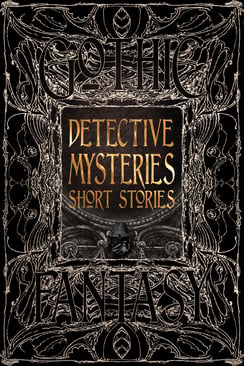 The Case of the Disappearing Body by Daniel Brock

Murder Is My Middle Name by Elliott Capon

No Head for Figures by Philip Brian Hall

A Cat with a Gat by Tina L. Jens

Nobody Special by Pat Morris

A Problem with Threes by Trixie Nisbet

The Case of the Mislaid Plans by Patsy Pratt-Herzog

The Lady in Black by Michele Bazan Reed

The Murder at Karreg Du by Cameron Trost

Faith in the Flame by Brian Bogart

The Pit of Wings by Ramsey Campbell

The Longest Night by Evey Brett

A Marvelous Deal by Kate Dollarhyde

The Stones in the Garden by Anne Leonard

The Miller's Daughter by E.H. Mann

Chains of the Past by Alison McBain

The Tracks of the Pi Nereske by Wendy Nikel

A World Without by Aimee Ogden

A Division of Six by Cassandra Taylor

Once published, the books will be available to buy via our website book pages for Detective Mysteries and Epic Fantasy!