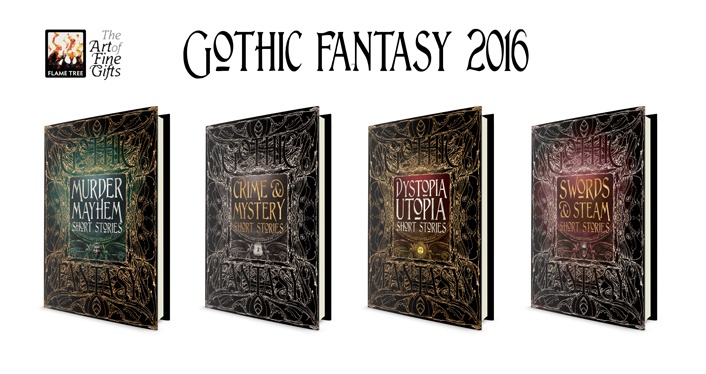 Building on the success of last year’s Gothic Fantasy anthologies, deluxe hardcover editions on Horror, Ghosts and Science Fiction, we’re thrilled to be adding two new titles to the collection: Crime & Mystery, and Murder Mayhem. Once again offering up the potent mix of classic tales and new fiction, we take a fascinating look back to the origins of the genre from golden age detective whodunnits to chilling horror-based tales of murder. We’re including such auspicious names as Arthur Conan Doyle, Edgar Allan Poe, G.K. Chesterton and William Hope Hodgson, who masterfully crafted stories that are still worth reading today, and that continue to inspire the modern authors we are excited to be able to publish alongside them. Our call for submissions was met with a fantastic response, and though the final selection was tough, we thoroughly enjoyed reading so many new tales of mayhem and intrigue.

We're delighted to announce the full list of successful submissions for the first two of our 2016 Gothic Fantasy deluxe anthologies.

The Cost of Security by Tara Campbell

I Am Nightmare by Jennifer Gifford

The Marionettist by John A. Karr

Creature of the Thaumatrope by Tony Pi

The Whipping Boy by Conor Powers-Smith

The House by Steve Shrott

Blood and Silver Beneath the Many Moons by Brian Trent

Murder on the Cogsworthy Express by Cameron Trost

Chains of Command by Sylvia Spruck Wrigley and Ruth Nestvold

Into the Blue by Carolyn Charron

Freedom is not Free by David M. Hoenig

How to Build a Mass Murderer by Liam Hogan

Getting Shot in the Face Still Stings by Michelle Ann King

Less than Katherine by Claude Lalumière

The First Seven Deaths of Mildred Orly by Fred Senese