We’re delighted to announce the publication of our latest themed short story collections: Haunted House and Cosy Crime! Like the rest of the books in our Gothic Fantasy series they contain a mix of old and new stories from the genre, and a real variety of takes on the themes. In celebration of the release of these books, we asked the authors to say a little about their work and inspirations, and for this first instalment the Haunted House authors tell us how they came up with the idea for their selected story. See below for a taster of what’s to come in the spooky Haunted House tome...

What was the inspiration behind your Haunted House story?

I decided that I wanted to try something a bit different with my story. I decided to flip the traditional idea of a haunted house as a scary place filled with ghosts who wanted to harm the living, to something closer to a place of rest and healing for those same ghosts. Thus, ‘Sanctuary’ was born.

‘At Lorn Hall’ (2011) is one of many tales of mine based on a sudden apprehension of the uncanny potential of a familiar device or mundane occurrence – in this case, those headphones provided to users of museums and the like. I sometimes wonder what the wearers may be hearing and what might happen if the commentary turned stranger. That’s the kind of train of thought that leads to stories, and Lorn Hall is where I ended up.

I am eternally inspired by the works of Poe and his handling of the concept of madness. In this story, I set out to explore how madness decays identity in the same way that nature decays abandoned houses. Shirley Jackson’s The Haunting of Hill House was also a great inspiration.

Tom English – A Handful of Dust

‘A Handful of Dust’ was inspired by two scary but true incidents. The first, which I read about in a small-town newspaper many years ago, had to do with an unnerving discovery made in the attic of an old abandoned farmhouse. I can’t share specifics, not without spoiling some of the suspense of my story, but I can safely say this news item stayed with me for decades – and made me wary of the dilapidated barns and decrepit houses one often finds in rural towns. Which brings me to the second incident: My wife and I live in a heavily wooded area thick with wildlife. It’s a peaceful existence, except that one day something horrible happened right outside our home; an experience that still makes our skin crawl, and which became a pivotal moment in ‘A Handful of Dust’.

John Everson – The House at the Top of the Hill

I think almost everyone has that ‘creepy old house in the neighbourhood’ when they’re growing up that stories grow up around. Maybe it’s tucked back in the woods, or up on a hill… or just at the end of a block with all the bushes and grass overgrown. Rumours begin about those places, especially at Halloween time, and pretty soon, every 5th grader knows that the house on the corner is haunted. Or has a witch living in it who eats children. We had one of those houses in our neighbourhood. Nobody ever saw the people who lived there and the house was old and ramshackle and the yard all wild and overgrown. So that house, and the kind of typical ‘urban legend’ stories of a witch house somewhere in the neighbourhood was my inspiration for ‘The House at the Top of the Hill’.

To be frank, I was looking at my messy house, thinking, “Man, if a ghost tried to frighten me or communicate by knocking down a pile of laundry or hiding my keys, I wouldn’t even notice!” Then, when I started this story about indignant ghosts who couldn’t scare the tenant into leaving, I found my clueless heroine was based on my not-so-clueless sister, who read to me every night when I was little. Messy house, great sister: my inspiration.

I grew up in a cookie-cutter suburb outside of Ottawa. It was the type of place where deviation from the norm was frowned upon; there was even a bylaw against painting your garage door purple. I’ve often thought about how easy it is for evil to hide in places that prize conformity. Just present the same outward look as your neighbours and you’re good to go. 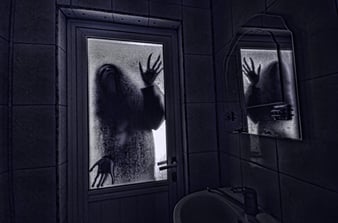 Adele Gardner – The Bones of Home

During a house-hunting expedition, my ex-husband and I encountered a beautifully creepy kit house. It was out of our price range, and the road looked dangerous, but that house...it was so crazy and kept going on for miles...so many unexpected surprises. I felt haunted while there, and have continued to be haunted by this house all these many years.

Gwendolyn Kiste – The Woman out of the Attic

I’ve always been drawn to the ‘madwoman in the attic’ trope that was originally featured in Jane Eyre but has since been used in so many other stories. She’s often a first wife, sometimes a little (or very) wanton, but most of all, she never gets to tell her own story, usually because she meets a grisly fate. Using a kind of Gothic pastiche, I wanted to give her a chance to speak for herself.

Two things about my childhood inspired this story, I guess. I grew up with Polaroid cameras, fascinated by the not-quite-right colour and the magic of watching the photo develop. Furthermore, I grew up in an old farmhouse where every so often you would find a box of somebody else's stuff. Obsolete farm equipment, old newspapers or magazines, clothes and dolls. My brother thinks the house was haunted in a very literal sense, but for me, I was more struck by the sense that in some houses more than others, you live there with the knowledge that the remnants of other peoples' lives are still there, sometimes tangibly, sometimes less so. The more meaningful parts of the story are just things learned by kicking around long enough.

My wife and I were house hunting at the time. We'd always loved the big Victorian-style homes. They have a character all their own – odd-shaped windows and rooms. And sounds you don't hear in newer homes: radiators hissing, floorboards that creak. A two-hundred-year-old home has witnessed a lot of human events, both good and bad. It sees all, hears all. It knows your secrets. So, naturally I had to turn our happy house-hunting experience into the stuff of nightmares.

I’ve always held great affection for Faustian themes. Exploring the atrocities and the consequences that people will willingly suffer in order to get what they want is at the heart of many of my stories, and often examined via the dynamic between those who strike that sort of deal. Without giving too much away, ‘Sparrow’ is the result of deciding to shift that perspective a few degrees.

The story prompt ‘threat of being eaten’ had me reimagining classic fairytales. Red Riding Hood's always a plucky heroine, but Gretel is traditionally presented smaller, younger, and weaker than her brother. In my ‘Gretel’, a classic tale's true hero gets top billing at last…except she's a troubled teen dumped at a rundown rehab facility built on ancient battlefields, and the witch's creepy gingerbread house is powered by ghosts of long dead morphine-addicted soldiers, and Hansel definitely isn't her brother…

When I saw Flame Tree was looking for haunted house stories, I wished I had time to go camping. I love writing on a notepad by a crackling fire, and figured spending a night alone in the woods would be great inspiration for a scary story. Unfortunately, I never made it out last summer. So instead of bringing my haunted house to the woods, I settled on the next best thing: bringing the woods to my haunted house.

The first line came to me on its own in one of those odd lightbulb/brainstormy moments. I just went with it until I had a rough idea of where it was going. I enjoy working with monsters/myths that haven’t been done very much. In this case, doing some research into paranormal stuff got me interested in working with angels. In some mythologies, angels aren’t necessarily benevolent. I also wanted the setting to be a very ordinary house, rather than some Gothic mansion. 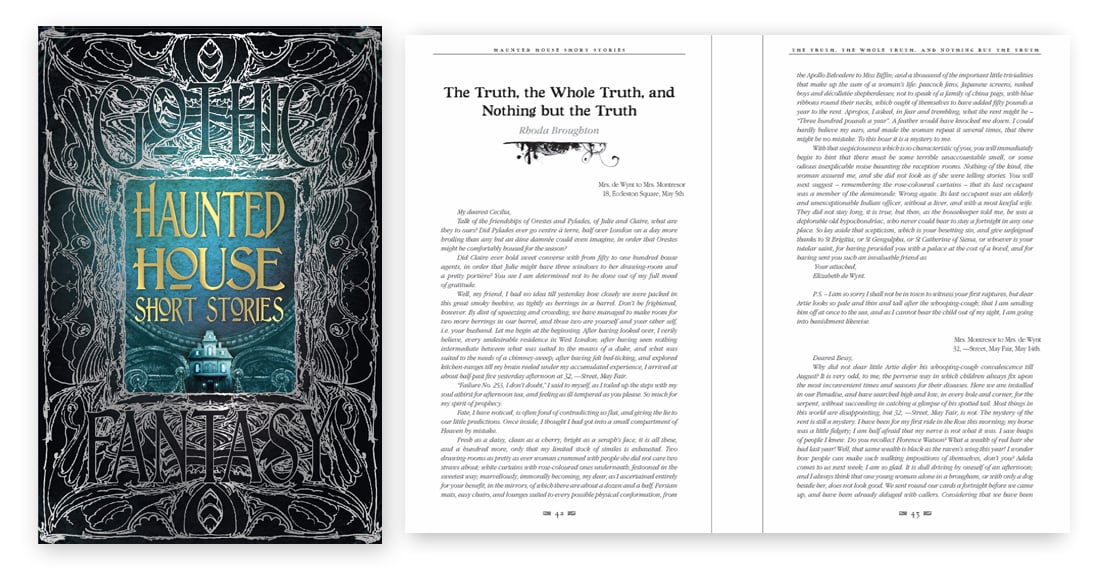 Watch out for the second part of this Q&A with the Haunted House authors – next week they speak more about their writing processes and favourite Haunted House tales!