One of the classic works that we just couldn't not feature in our Science Fiction Short Stories was Flatland, a novella by Edwin A. Abbott. This very well-known work of science fiction is a must read if you love SF and haven't yet delved into the dimensions created by Abbott.

The Teacher and Author

Abbott was born on 20th December 1834 and grew up in London. His father was a headmaster and so his family were able to live a comfortable life, especially given that Edwin was their only child. He was educated at some of the best schools in London and then attended St John's College in Cambridge. At Cambridge he excelled incredibly and achieved the highest honours in classics, maths and theology and became a fellow of his college.

By the age of 26 he had already become the headmaster of the City of London School, which he had attended himself as a child. He spent most of his life teaching, and later lecturing, until he retired in 1889 to write books and focus on his theological interests.

Flatland begins by describing the two-dimensional world that the narrator occupies. It is made up of shapes including, 'Lines, Triangles, Squares and Pentagons' that move about 'very much like shadows – only hard with luminous edges'. We learn that men are Polygons and women are Lines – the fewer equal sides a person contains, the lower their class (therefore Isosceles Triangles are the lowest of the working class). It unfolds that the narrator is a Square (who are all lawyers) named A Square who guides readers throughout the story on the implications and practicalities of living in a two-dimensional world. But, of course, the two-dimensional world is only the beginnings of the happenings of Flatland.

Social commentary is of course a huge part of Flatland, and there are definitely a few (OK, a lot of) swipes at Victorian social structures, but the wider exploration of other dimensions is just as important. The story explores the possible higher dimensions with the introduction of the character A Sphere. A Square finds the existence of a other dimensions hard to comprehend at first. In the dream that A Square has, in which he first sees Lineland and Pointland, he cannot understand and denies anything other than his own existence. And his reaction is very similar when he first meets A Sphere: he attacks him, and refuses to change his views based on anything A Sphere tells him. But, his mind is eventually opened to many new possibilities by A Sphere, who becomes his teacher.

A Square returns to Flatland and writes a gospel, proclaiming the existence of three dimensions but he is arrested and persecuted for this. His words are smothered and A Square himself is locked away. It is likely that this is meant as Christian allegory, as Abbott himself was a devout Christian. But whatever the reasons behind the message, the idea that there are other realities available to us is something that has been explored time and again in SF since Flatland, and undoubtedly still fascinates us today. 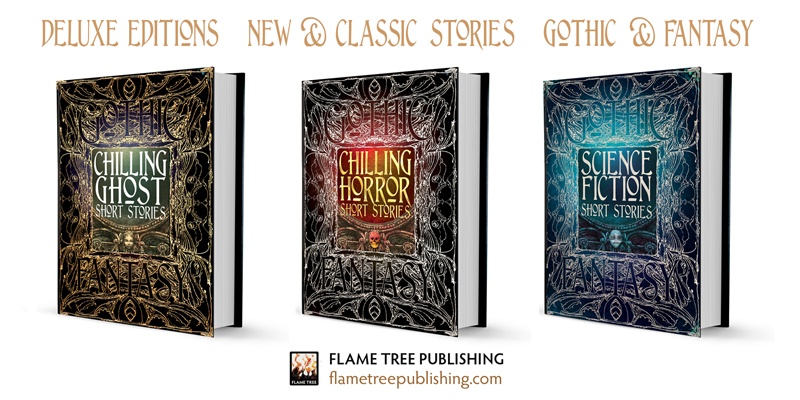 Flatland is just one of the classic stories that features in our new Gothic Fantasy series (you'll find it in Science Fiction Short Stories). In these stunning volumes we've carefully slotted new writers in amongst more established authors, bringing together unique volumes filled to the brim with imaginative storytelling. Take a closer look at the books here.