Today’s blog continues our look at our companion titles to our popular, and ever-growing, Gothic Fantasy short story anthologies. Whilst the latter combine classic fiction with exciting contemporary writers; these companion titles focus on one key author from the history of the genre.

Following on from last week's look at Lovecraft Short Stories; the next book we’ll be revisiting is our Sherlock Holmes Short Stories collection. We published this back in September 2017, alongside Edgar Allan Poe Short Stories (itself a blog for another time). 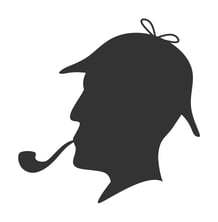 When trying to think of a seminal author in the classic crime genre, you couldn’t get more beloved a character than Sherlock Holmes, the creation of Arthur Conan Doyle. Inspiring a long line of detective stories and Whodunnits, Conan Doyle’s enigmatic anti-hero Sherlock Holmes is a constant feature on TV and movie screens, with new audio and radio shows joining the frenzy. The Holmes tales have earned their place amongst the most influential of popular fantasy, crime and gothic stories.

At first glance the choice of stories may seem to be a simple matter of chronology: the first two novels and the first two collections of short stories to be published.

However I did more research than you might initially think in order to reach this decision. I found two key resources to help determine the popularity of the many Holmes cases: an article from the Baker Street Journal had done an extensive poll on the top 12 short stories; as well as ranking the 4 short story collections; and 4 novels. Conan Doyle himself also publicly listed his own favourites. By cross-referencing both of these, it was immediately clear that almost all of the short stories mentioned fell within the first two short story collections. I also did a certain amount of reading other reviews (though of course it’s all subjective!), as well as reading the stories myself.

Once it was clear that the main content should be the first two short story collections, it seemed logical to include the first two novels. Although A Study in Scarlet had ranked 3rd on the Baker Street Journal poll, it does mark Holmes and Watson’s first meeting, and therefore has its own important reason for being included. And very neatly, by deciding to start with the very first novel (A Study in Scarlet) and ending with the final short story of the second collection (‘The final Problem’), I would therefore be starting our anthology with Holmes and Watson's first ever case, and ending with Holmes' 'death'. This to me seemed like a perfect start and end point and it meant that included within our collection are the introductions of key characters Irene Adler, Mycroft Holmes and of course Sherlock’s arch-nemesis Moriarty. 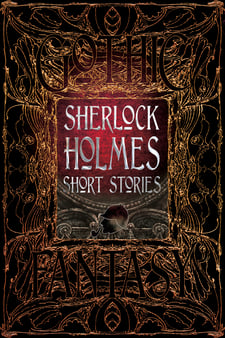 Often the nicest way to organise stories is thematically. Even though stories can often fit into more than one key theme, a way of arranging them naturally will usually fall into place. With crime, this can be more difficult – you don’t want to inadvertently spoil a twist or ending by having grouped certain stories together. Therefore in this case I chose to keep the short stories grouped the way they were on their initial publication.

It should be noted that I followed the contents of the first London edition of The Memoirs of Sherlock Holmes, which means that the story ‘The Cardboard Box’, whilst published in 1893, has not been included.

To add an extra dimension of interest, I also added two recommended reads at the end of each text, to direct the reader to other stories within the collection which they might enjoy; but without overtly spoiling the mystery by explaining why the stories might be similar.

The book features a foreword by Jon Lellenberg, who is a longtime member of The Sherlock Holmes Society of London, the historian of The Baker Street Irregulars in America, and the author, editor, or co-editor of a half dozen books about the life of Sherlock Holmes's creator, including Arthur Conan Doyle: His Life in Letters (HarperCollins), which was a BBC Book of the Week in September 2007, and 'Dangerous Work': Diary of an Arctic Adventure (British Library, 2012). From 1979 to 2016 he was the U.S. representative of Dame Jean Conan Doyle, the author's daughter, and subsequently of the Conan Doyle Estate.

A Study in Scarlet

The Adventures of Sherlock Holmes

A Scandal in Bohemia

A Case of Identity

The Man with the Twisted Lip

The Memoirs of Sherlock Holmes