Art of Fine Gifts: A Celebration of Advent Calendars 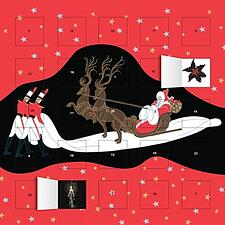 Have you opened the first few doors in your advent calendar yet? As of last Sunday, December 1st, 2013, the Christmas season will have officially begun. Children and adults alike will begin the celebration together, as they pull out their traditional advent calendars and begin the countdown to Christmas Day. Though they grace our walls and fill our mornings with the opening a new door each time we wake, the origins of the calendar remain a mystery to the average individual. If you fall under this category, look no further! You are about to become well versed in the tradition of the advent calendar.

So, What is the Season of Advent?

The word 'Advent' comes from the Latin phrase for 'the coming', appropriate, as we count down the days until Christmas in growing anticipation. The season of Advent is the four-week period beginning on the Sunday closest to the feast day of St Andrew the Apostle and continuing on through the following three Sundays. The celebration has been undertaken from as early as the fourth century. Though the season of Advent is considered religious, most Advent calendars begin on December 1st. Some have little to do with religious practice, stuffed with chocolate, stickers, and even celebrity photos, while others feature biblical verses, stories, and images. Religious or not, the fun that peaking behind the doors of an Advent calendar brings is available for everyone. 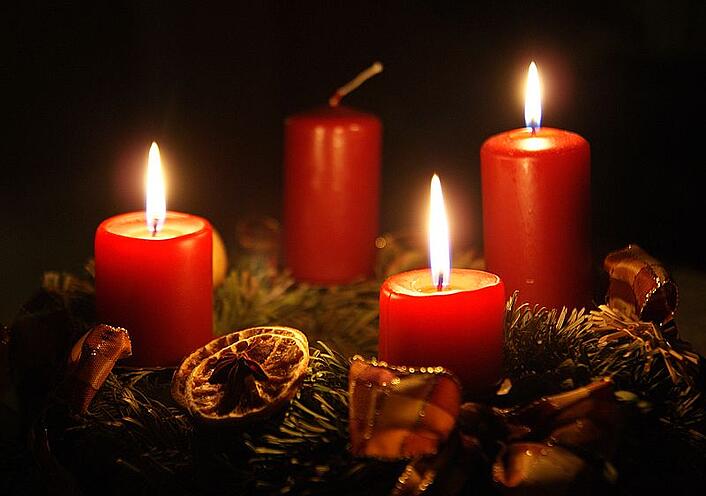 The Advent calendar finds its origins in the early 19th century within the practices of German Lutherans. As they counted down the first twenty-four days of December, they lit candles, drew chalk lines on doors, and hung religious pictures upon their walls, marking the passing of each day.  The first advent calendar made by hand also finds its roots in Germany. Though the first known calendar was crafted in 1851, many claim that the first printed advent calendar was not produced until 1902 in Hamburg by a Christian bookshop. Others believe that printer Gerhard Lang is the father of the modern day Advent calendar. Lang’s first design in 1908 featured twenty-four small, colored pictures that could be attached to a piece of thin cardboard. A model more familiar to our standard calendar was introduced several years later, as he gave the calendar small opening doors for each day of the month. During his lifetime, Lang produced and marketed at least 30 different designs for the calendar.

Though most of us are familiar with the traditional 'open a door to reveal a prize' advent calendar structure, numerous wacky and wild variations have popped up worldwide over the years.

In 2007, Harrods marketed one of the most expensive calendars ever to hit the shelves. The four foot, Christmas tree shaped calendar was carved from walnut wood and burr elm and was sold for $50,000. Rather than a piece of Cadbury’s, each of the calendar’s 24 compartments contained a piece of organic chocolate from Green & Black. The calendar’s proceeds went towards the support of cocoa farmers in Belize. 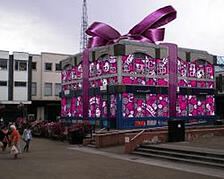 Last December, a building in England’s King's Square, in Gloucester, was turned into the world’s largest advent calendar. The building transformed into a giant, interactive Christmas present, complete with an extravagant ribbon top. The calendar was used to promote local businesses, as windows were opened each passing day, revealing logos of different city businesses offering specials throughout Christmas.

No matter what form your advent calendar takes, be sure to take part in the fun this Christmas season. Check out the wide variety of art of fine gifts calendars that Flametree has to offer for your Christmas celebrations. There is something for everyone, regardless of age. If you seek a more mature, artistic calendar, check out Symphony in Black, featuring art deco arist, Erté. For the children (and children at heart), be sure to take a look at our calendars featuring familiar faces, including Maisy and Rupert, that come complete with interactive stickers. If you are looking for a more traditional wall calendar, Santa and the Moon or our Bauble Tree calendars may be more your speed.