Falling Back in Love with the Moomins | Art Calendars

The much-loved world of Moominvalley and its rich set of characters have captured the imagination and hearts of generations of children and adults alike. Our previous blogposts have covered the development of the comic strip by the endlessly creative Tove Jannson, and also celebrated the release and initial reviews of the feature film Moomins on the Riviera. In this post we’re going to explore a little of what makes Jansson’s quirky illustrated characters so universally charming, and see how these unique drawings are still able to communicate with their audience today.

‘I only want to live in peace and plant potatoes and dream!’

The artwork of the recent family film has been repeatedly praised for the beautiful composition and pastel tones of its hand-drawn animation. When the film was released I was quick to get myself a ticket to see these beloved characters on the big screen, and to experience for myself the nostalgic, captivating illustrations brought to life. The original comic strip story ‘Moomins on the Riviera’ featured in The Evening News in 1954, though for the film additional comic strips were used to flesh out the plot and cast of characters.

In the film, the Moomins (accompanied by Snorkmaiden and Little My) set sail for sunny southern France on a pirate ship. They embark on a holiday peppered with ironic humour and mishaps, chiefly caused by the Moomins mistaking the attention and subservience of the hotel’s staff and guests as kindness, utterly oblivious to the monetary motivation behind such behaviour. Out of place in the wealth-orientated world, the Moomins and their ‘odd’ habits are assumed at first to be a mark of their status – eccentricity being a luxury affordable only to the rich – and as such they are admired as glamorously bohemian. When it becomes apparent that they have no concept of monetary exchange in this aristocratic setting, however, they are treated very differently.

'You must go on a long journey before you can really find out how wonderful home is.'

Particular character highlights include the sleek, deep-voiced ‘playboy’ that chases after Snorkmaiden, and the rich ‘artist’, who fervently professes his desire to be a bohemian, yet quickly realises he is not at all as enamoured with the practicalities of the lifestyle as he had been in theory. As the Moomins (in particular Moominpappa and Snorkmaiden) are at first seduced by the glamour of extravagance, before becoming disillusioned by it, the film with heartwarming simplicity celebrates the simpler things in life and gets you pining after a less materialistic world.

The film is understated but possesses a powerful visual charm, with the gentle, philosophical essence of the original comic strips and characters mirrored by the serene hues and delicate illustration of the characters and landscapes. 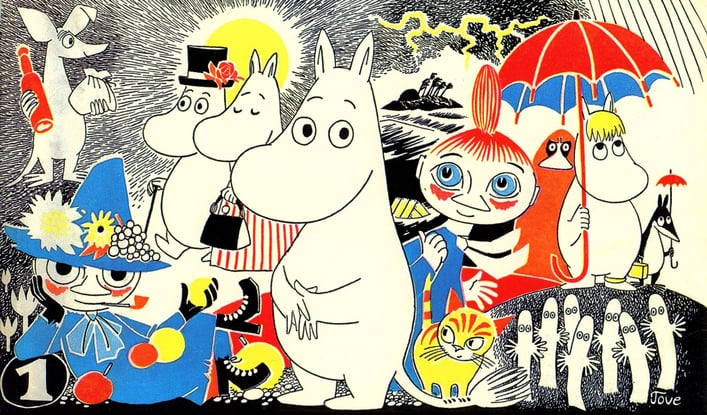 Our 2016 mini calendar and desk diary, both feature original images from the comic book covers and collections. Our fantastic range of iPhone cases also showcases the classic comic strip artwork, with designs such as Snorkmaiden amongst flowers, Moomin and Snorkmaiden and Moomin and characters from The Dangerous Journey.

'All things are so very uncertain, and that's exactly what makes me feel reassured.'

The film’s release marked 100 years since the Moomins creator Tove Jansson was born. The original comic strips are slightly different in style, though their classic look is equally appealing and is in many ways more striking: it is in this form that many people first encountered Jansson’s delightful creations. While that they are often associated with childhood reminisces, the endearing drawings continue to enchant new and old audiences alike. This is perhaps because they are at once both nostalgic and forward thinking, tapping into ideas that can apply to everyone: quiet yet meaningful, the characters often provide sensitive insight into dealing with and appreciating the world in which we live. 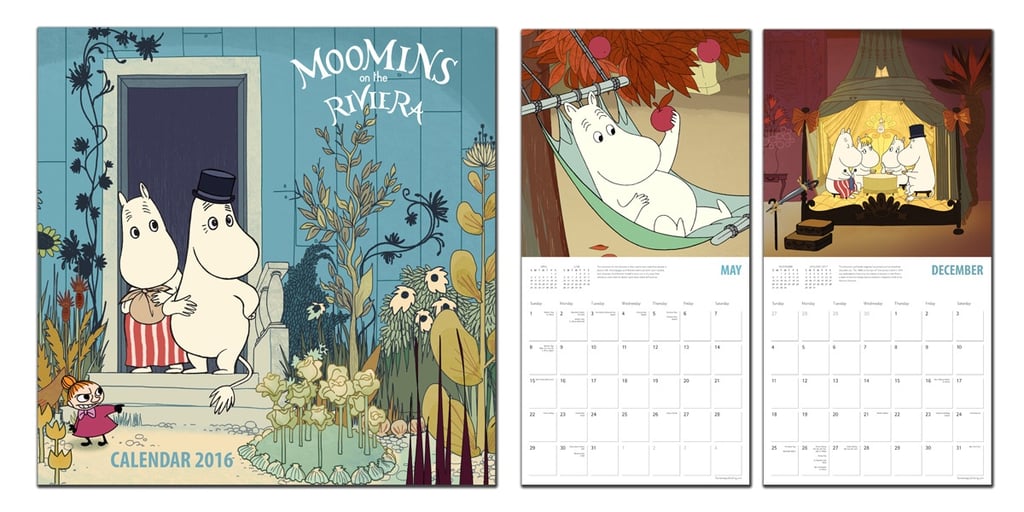 Our (very nice) 2016 Moomins on the Riviera calendar is the perfect accompaniment to the film, or it’s great even if you simply want to admire stunning artwork of these much-loved characters. It can be ordered through our website here.