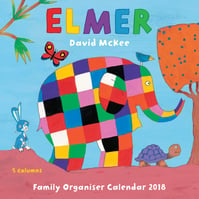 Elmer, the colourful patchwork elephant from author and illustrator David McKee is sure to light up the faces of children and adults alike with this charming family organiser. The adventures of Elmer and his animal friends are taken straight from the picture books in all their colourful and kaleidoscopic glory. This five columned calendar has got enough room to organize an elephant, let alone all the family! 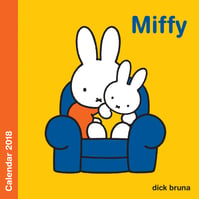 Dick Bruna’s rabbit character Miffy has an everlasting and enduring appeal. From her first appearance in the 1950s to now Miffy has appeared in almost 30 books, as well as television shows and films. Bruna’s simple use of lines and block primary colours gives the drawings a minimalistic look but a bold and distinctive charm. Whether climbing trees, going on holiday or playing in the paddling pool, Miffy is having fun all year round with this delightful calendar. 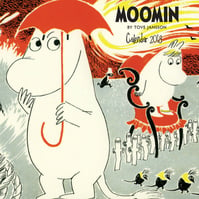 Featured in books, comic strips, films, television, plays, and their own theme park, the Moomins are certainly a busy bunch. First published in 1945 by illustrator and author Tove Jansson, these charming creatures live in Moominvalley, where they go on their many adventures. Join the Moomins all year round as they explore Moominvalley with a whole host of other weird and wonderful characters in this colourful calendar. 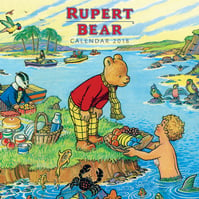 With his classic red jumper, yellow trousers and matching scarf, Rupert Bear has been an iconic character for generations. Rupert Bear first appeared in 1920 in a comic published by the Daily Express which continues to publish his adventures to this day. Originally created by Mary Tourtel, Rupert has had many illustrators over the years. Including covers and a selection of inside pages from his long-running series of annuals, you can join Rupert and his ‘chums’ on their excellent endeavors with this charming calendar. 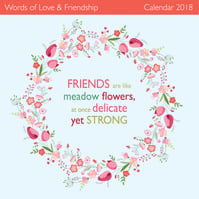 Sometimes, the encouraging words of a friend can be all you need to reaffirm a shaken belief, and give you a renewed sense of meaning. In this touching calendar, uplifting words are accompanied by delightful illustrations of flowers, birds and the seasons, giving you the opportunity to spiritually reflect, all the while reminding you of the important things in life, friends, family and love. 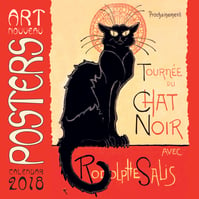 The Art Nouveau movement knew no bounds, and was applied to all forms of artistic expression, from architecture to furniture to jewelry. Utilizing new printing methods of the time, graphic design flourished, and as a result stylish posters could be found in the city streets of Paris advertising for the theatre, cabarets and dancers. Featuring Théophile Steinlen’s famous poster for ‘Le Chat Noir’ and Henri de Toulsouse-Lautrec’s poster for Jane Avril, this vibrant calendar is positively bursting with character. 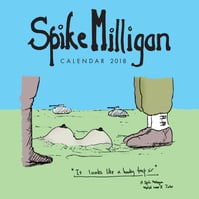 This hilarious calendar celebrates the work of comedian, musician, poet, illustrator, playwright, actor and writer, Spike Milligan, with a selection of his drawings specially chosen by his manager, Norma Farnes. Initially rising to fame as one of the creators and writers of The Goon Show, Milligan is also known for his witty quips and poems accompanied by an equally amusing illustration. Stating the not-so obvious was a skill Milligan used time and time again without losing its laughter-inducing power. 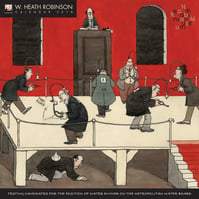 Cartoonist and satirist W. Heath Robinson is best known for his comical depictions of unnecessarily complex make-shift machines, so much so that his name is often used as a synonym for complicated machines developed in reality. His amusing take on life and all its absurdities gives his illustrations a unique sense of humour which never fails to make you think and laugh. The eccentric and whimsical creations of Robinson’s mind will keep you laughing all year with this fantastic calendar. 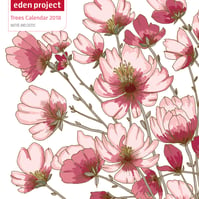 The Eden Project is a world renowned visitor attraction and educational charity that aims to connect us and the living world, and explore how we can build a better future together. Located in Cornwall, in a reclaimed clay pit, the project has two biome domes that emulate rainforest and Mediterranean climates and house over 1000 different rainforest plant species. The exotic and native trees featured in this calendar are wonderfully drawn and illustrate the beauty of the natural world. 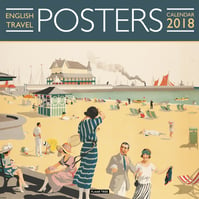 It may be difficult to remember a time when holidays didn’t involve airport security and jetting off to another country for your summer break, but the nostalgic English travel posters featured in this calendar bring back the quaint and picturesque holidays of yesteryear. With fabulous posters enticing you to explore the likes of Southsea and Portsmouth, the hills of South Devon and the English Riviera, you’ll be wishing for a time machine as well as holiday.