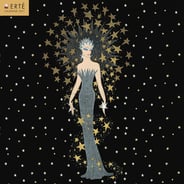 Perhaps no individual is more associated with the twentieth century Art Deco revival than Russian-born French artist and designer, Erté (1892–1990). He provided many designs for fashion publications, such as Vogue and Harper’s Bazaar, as well as many glamorous and imaginative costumes and set designs for the theatre and even movies. A man of tireless energy, Erté worked nonstop throughout his life, living to be 97 years old, with a career spanning an incredible 75 years. All 12 artworks featured in this calendar, including such favourites as The Balcony (1989) and Starstruck (1985), radiate elegance. 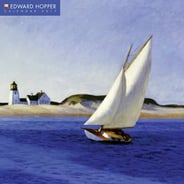 Edward Hopper (1882–1967) was a respected American realist artist. His paintings often reflect his vision for the perfect modern American life. A painter of the human condition, of lonely figures adrift in an urban landscape and lost in their internal worlds – there is something in his work that reaches us all. This beautiful art calendar will appeal to your senses, through the untold story of the pensive woman in Morning Sun (1952) and the haunting landscape of South Truro Post Office I (1930). 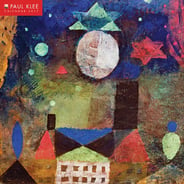 The much-loved Paul Klee (1879–1940) had an incredible, unique style that incorporated seemingly simple shapes and symbols, such as the fish, arrows and squares that make up so many of his child-like, innocent paintings.  His work is a reflection of the art movements that he lived through, including Expressionism, Surrealism and Cubism; styles which can quite easily be seen in a lot of his paintings. This calendar is full of his powerfully effective artworks, including Fire at Full Moon (1933) and Garden Landscape (1918). 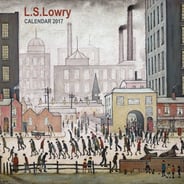 In his art, the much-loved Lancashire-born painter L.S. Lowry (1887–1976) depicted industrial life in the Northwest of England, demonstrating how the landscape had been affected by industry and how the people who lived in urban, industrial northern England went about their daily lives. This wonderful calendar spans a range of the themes of Lowry’s artwork, from his typical ‘matchstick men’ seen in Coming From the Mill (1930) to his lesser-known seascape Yachts (1920).

Often regarded as one of the earliest pioneers of abstract art, Wassily Kandinsky (1866–1944) is one of the most extraordinary painters of the twentieth century. As well as his native Russia, Kandinsky was inspired by his travels, his involvement with the Blue Rider Group and his time teaching at the Bauhaus, where he really developed the abstract style that made him so famous. This powerful art calendar brings together his most striking works, from Moscow, Red Square (1916) to On White II (1923). 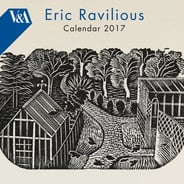 Eric Ravilious (1903–42) was a watercolourist, mural painter, designer and printmaker but gained recognition as an artist principally through his wood engravings. Born in London, he gained a scholarship in 1919 to study at Eastbourne School of Art and three years later won another to the Royal College of Art. There, he studied under Paul Nash (1889–1946) and became close friends with the artist Edward Bawden (1903–89). This calendar explores 12 of Ravilious’s most beautiful and intricate woodcuts. 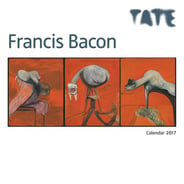 Figurative painter Francis Bacon (1909–92), born in Dublin, would become one of the greatest artists of the twentieth century, known for his bold, emotionally-charged and often grotesque imagery. Bacon was a complex individual – a bon viveur, homosexual and sometime interior designer who painted notable series including Furies, screaming popes and lovers in an abstract style. This calendar will both fascinate and disturb through artworks including Reclining Woman (1961) and Study for Portrait on Folding Bed (1963).

Howard Hodgkin (b. 1932) was a beneficiary of the rediscovery of Expressionist values in the 1980s – his response being to create bigger, bolder works. Much of his work is both abstract and figurative in its intention. In the true Expressionist spirit, however, he set out not to capture the scene before him, but the ‘emotional situation’. The bold, vibrant colours and intriguing shapes of Hodgkin’s work, as seen for example in Rain (1984–89) or Tears, Idle Tears (2001), are showcased wonderfully in this calendar. 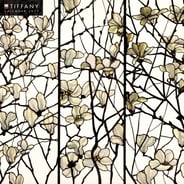 Louis Comfort Tiffany (1848–1933) worked throughout the period often called America’s Gilded Age, as an artist and designer, producing some of the most original and striking designs of the period. He worked in an incredible array of artistic and decorative mediums, including paintings, stained glass, ceramics, enamels and jewellery. Contemporary viewers of Tiffany’s glasswork were amazed by their vibrancy and transparency, and this calendar displays 12 stunning examples in all their glory, including panels from the Four Seasons windows (c. 1899–1900). 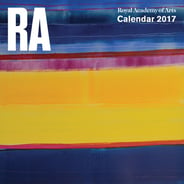 From its foundation in 1768 the Royal Academy of Arts (RA) has provided a voice for art and artists, and its mission is pursued through exhibitions, education and debate. The Royal Academicians are practising artists who help support and steer the Royal Academy’s vision and activities. The 2017 RA calendar packs a visual punch, with its wonderful array of strong artworks by such eminent RA artists as Tracey Emin (b. 1963), Gary Hume (b. 1962) and Bob and Roberta Smith (b. 1963).