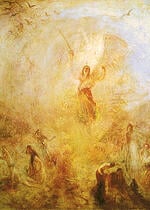 A Celebration of a Master

The new exhibition boasts of being one of the first exhibitions to bring together several pieces from the UK and abroad, to celebrate the artwork which Turner created later in life, in particular from 1835 to his death in 1851. We can praise Turner's creativity and his detailed eye; his later work can now be viewed without the misunderstanding that came from a time where he was often viewed as a controversial performer – instead we see this period as the time when he created some of his most extraordinary pictures. Today, we can see how Turner raised landscape art to new heights – it no longer languished in the shadows of historical painting; indeed he embed it with the same gravitas. A new way to look at his works might reveal yet more details that have been overlooked.

The exhibition runs from the 10th of September 2014 to the 25th of January 2015, and besides showcasing the later works of Turner, is also hosting a large series of works that might shed light on Turner's innovative working methods.

So it seems timely to take a closer look at a few of Turner's late works. I have chosen three I am particularly fond of, two of them in the fluid, abstract style which Turner's later work is best known for, and one from his detailed era, before he truly chose to leave form behind.

Though all of Turner's paintings have an almost magical feel, Turner's unfinished painting, Norham Castle, Sunrise (c. 1845), with its almost pastel palette and dreamlike quality, makes me wonder if Turner sketched it from real life, or from somewhere he wished could be real.The near-abstract depiction is said to have given inspiration to twentieth-century colour field painting. 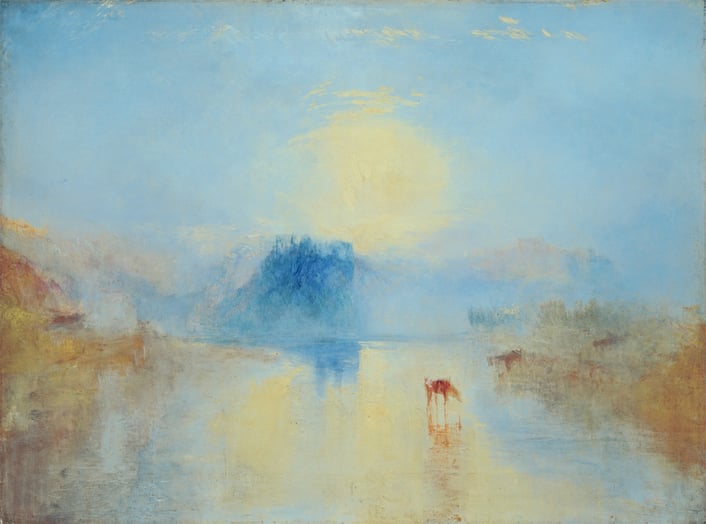 Another thing one might note, would be how Turner's background in the architectural may have improved his artistic choices and raised his work above what could have been 'just' nature paintings. This particular painting showcases the new flowing form, which many of Turner's later works is characterized by - with little indication of mass, mainly influenced by colour and light.

In the Eye of a Storm

Besides architecture another constant in Turner's life was the sea. His near obsession with painting its many moods made his paintings of bodies of water more mesmerizing and lifelike than they likely would have been without this fascination.

One that I find particularly intriguing is Snow Storm - Steam-boat off Harbour's Mouth (exhib. 1842). Turner himself was legendarily onboard during the storm, and it was rumoured that he was tied to the mast during the hardest parts of the voyage. 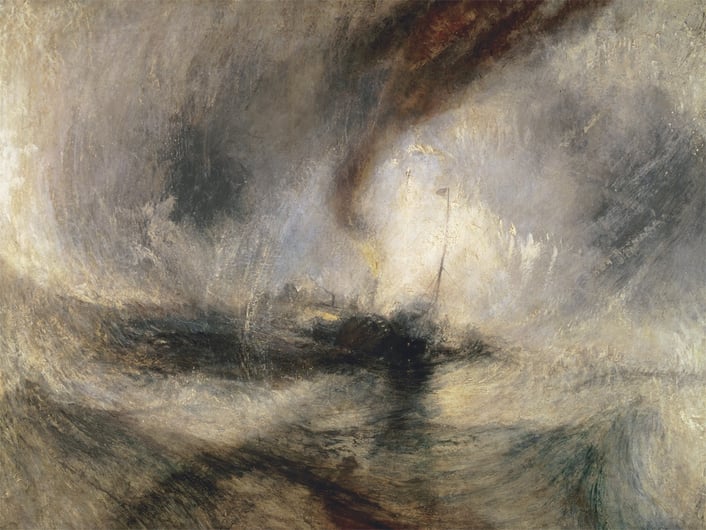 The painting perfectly captures the violent mood Turner would have found if he had truly been strapped to the mast that night. The dramatic lighting thoroughly evokes the feel of being in the eye of the storm – Turner creates an eye-catching and breathtaking story caught in one instant.

The final painting I care for, is Dido Building Carthage (1815). Painted in the middle of Turner's career, I couldn't resist mentioning this earlier work, as it depicts the story of the escaping Dido who, through cunning and trickery, buys herself a large enough piece of land to build the city of Carthage. To me, it's a story worth telling, of female power and triumph, even if Dido's story, like most other classical tales, end in tragedy. 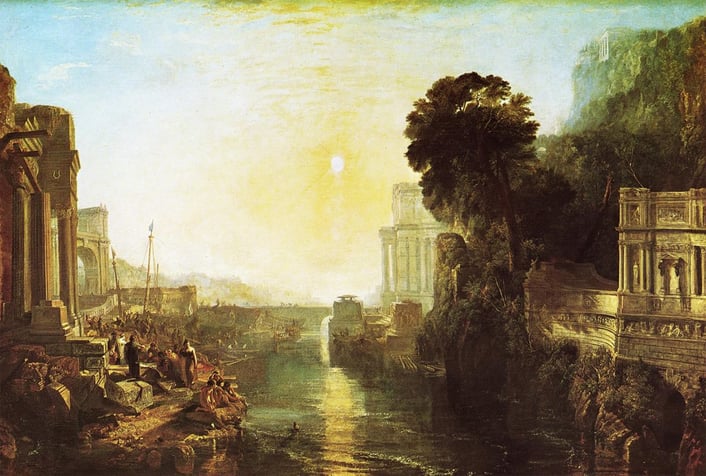 It is also a typical painting of Turner's style before he began to leave behind architectural and natural detail for fluid motion and coloured light. In this painting we see Turner's eye for immense detail, and artistic free range which he used through out his life, portraying mythology and religion in a lifelike manner. It contrasts sharply with the later works, which are often the more famous, which are focused on in the exhibiton.

There is a quality and perfection in Turner's paintings, the new and the old. They are surreal and lifelike. Magical and realistic. His lifelong career as a landscape artist touches art lovers to this day. And one thing they all can agree on, whether lover of his old style or his new, is that he created depth where there before had been none. And so, I do not doubt that the new exhibition too, will unveil how incredible a gift his paintings have been to the world.

For more Turner, have a look at our title J. W. M. Turner: Masterpieces of Art (ISBN: 9781783612062). Featuring information about the artist's life and a range of his most famous works.

All images (apart from Dido Building Carthage) via Tate.

This blog was written by intern Monique Jensen.