Street art – or grafitti – has got to be the quintessential art for the masses. It is free to view as part of our environment, is often created by self-taught artists and is a global, democratic phenomenon. These artists want to paint about issues important to all of us, about real life, about visceral, emotional views and feelings that strike at the heart of what it is to be part of society. It is ephemeral art that is in continual development and flux, reflecting the changing nature of life and society and thus has long been a source of politically motivated messages, representing criticism, resistance and anger – it can be a powerful tool in such cases. 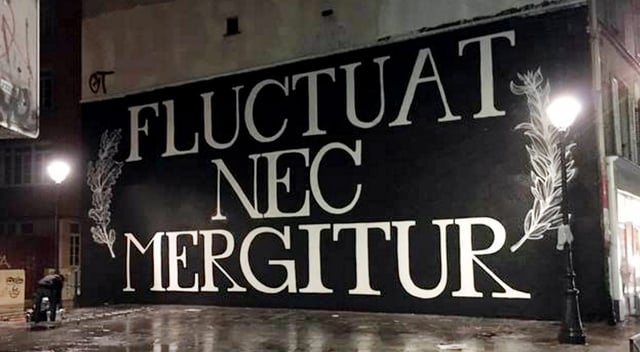 But as well as protest, street art can be a force for unification. The already active Parisian street-art scene (home to a number of high profile street artists, including Blek le Rat) has now, in our increasingly socially connected age, wholeheartedly taken on board social network trends showing support for the victims of the 13 November Paris attacks. Artworks have been springing up everywhere – not just in Paris and France but around the world – as part of the #SprayForParis movement. This hashtag was inspired by #PrayForParis, and joins #ParisJeTaime and #JeSuisParis as one of phrases millions of people have used to show their feelings of solidarity and defiance. They are all truly stunning, creative and emotive, drawing on a range of iconography and history as well as crossing the divides between faiths. Some simply and effectively make use of Paris's motto 'fluctuat nec mergitur'. Check some of them out on the Guardian here.

A Tool for Social Change

The environment is key to the ideology behind such artwork. Rather than specifically going to see something, we absorb these images as part of the world we see around us on our way to other things. And possibly, this experience may embed messages in our minds more stealthily and subtly. The artworks have potential to grow and develop too – they can be worked on by others, and become a conversation, a debate. This creates a living, breathing, more dynamic form of communication in a way that images preserved and hidden away in museums and galleries cannot. Of course, photography gives the artwork some permanence, but the way it can go viral enables yet further dispersal of the ideas, widening the discourse across a whole range of platforms.

In the past, and in fact still most of the time today, grafitti has been regarded as vandalism and illegal activity – but people are starting to really pay attention and at least see it as a symptom of a need for change. There are many other ways in which street art can affect change. It can directly fight back against consumerist culture, by covering walls normally plastered with advertisements and little else. But it is critically a way to respond to injustice or whatever grievances the artist may have. It can also confront taboo ideas in a way no one else would dare – the anonymity of the artist ensures they can ‘speak’ freely and powerfully as an unrepressed public voice. It is a way for the people to speak to their government, as well as to each other. Across the world it is a strong force for protest – take for example the fight by the grafitti artists of Myanmar for the essential right to freedom of speech – or for political statements such as the work created in Kenya highlighting politicians' corruption. 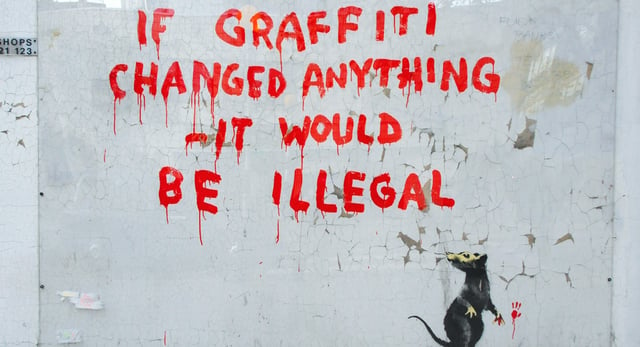 Then there is the art itself as a medium for social change. Rather than necessarily having to convey a political message, it may be used simply as an outlet for the anger and pent-up frustration of young people who may otherwise have become violent. If we can provide organized and legal opportunities for people to create beautiful and cathartic artwork, this will also reduce the chances of our buildings and trees being vandalised in less healthy ways. From California to Brazil, young artists have been empowered in great ways.

There is so much more to street art than spray cans and protest though. If you're interested in finding out more and viewing some truly impressive work, you'll like our book on Street Art.