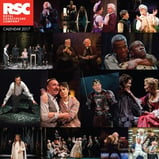 The Royal Shakespeare Company is one of the world's best-known theatre companies, and they are renowned for their bold and ambitious work. This calendar celebrates some of the incredible plays in their repertoire, with 12 inspiring snapshots from their performances, including Hugh Quarshie in Othello, David Tennant in Richard II and Harriet Walter and Antony Sher in Death of a Salesman. You can’t help but be inspired to visit the theatre after enjoying this wonderful calendar. 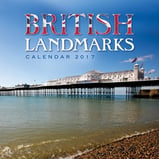 Few small islands play host to as much variety as Britain, from towering mountain ranges in the north, across rolling hills, cities of architectural splendour and picturesque villages, to beaches and rugged coves in the south. Showing Britain in all its majestic glory, the stunning photographs featured in this calendar celebrate the natural beauty of Snowdonia and Cheddar Gorge alongside such architectural feats as Oxford’s Bridge of Sighs and the Roman Baths in Bath. 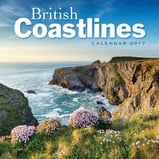 The island of Britain is host to a stunning array of seaside towns, sandy beaches, rocky coastlines and brightly lit piers. From views of the atmospheric Whitby Abbey situated by the North Sea and boats lolling in the salt marshes at Blakeney, to the colourful Tangasdale Beach on the Isle of Barra or the dazzling lights of Blackpool Tower, the beautiful photographs in this calendar take you on a journey of discovery right across Britain. 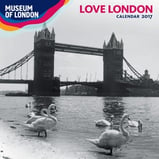 Explore historic London at its best in this fabulous calendar featuring nostalgic black and white photographs. The photographers here were clearly skilled at spotting and capturing spontaneous moments that portrayed the rich and varied scenes of this wonderful city. From a couple of Pearly Queens by Piccadilly Circus, and Carnaby Street in the Swinging Sixties to the hustle and bustle of Covent Garden market as it looked in the 1920s, the sights and sounds of London past are brought to life. 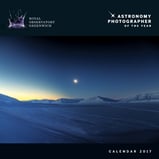 All 12 photographs in this calendar were short-listed for prizes in the Astronomy Photographer of the Year 2015 competition. The competition invites astrophotographers from all over the world to submit their stunning depictions of earth, space and the solar system. These photographers have travelled the globe to capture the most visually stunning spectacles of the night sky – including the mystical northern lights, blazing star trails and close ups of the moon. This awe-inspiring calendar is a treat for the eyes.

The practice of projecting images from lantern slides began as early as the seventeenth century when Christiaan Huygens, a Dutch scientist, developed the original slides and projecting device. The transparent slide would be placed onto the magic lantern projector which would use a concave mirror and light source to direct the light through the slide and onto a lens. The spellbinding lantern slides in this calendar were all produced in 1910 and are full of the nostalgic stories and hidden gems of historical London. 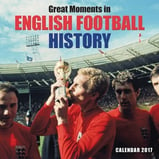 A celebration of the best and most memorable achievements in English football history. Featuring giants of the past like Bobby Moore as well as other memorable players such as Paul Gascoigne or Gary Lineker, share in their triumphs, tense moments and celebrations all over again, and relive once more the crowning glory of the World Cup victory of 1966. This calendar is a perfect gift for anyone who loves the game. 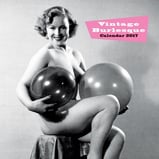 Designed to tease, tantalise and delight, burlesque is a true art form. Involving lavish and exciting costumes, an array of props, dance, humour and a love of theatrics, burlesque shows create an amazing spectacle. Featuring black and white historical photographs of famous artistes and scantily clad performers, through every page of this calendar you’ll find yourself thrown back to the glamorous world of clubs and cabarets from the first half of the twentieth century. 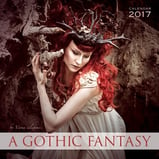 A Gothic Fantasy by Viona ielegems

Viona ielegems is a Belgian art photographer whose work, with its strong romantic appeal, often harks back to the Victorian era. Fairy tales and myths are recurring motifs and the dark longing of Gothic fantasy hovers in the background of every photograph she takes. She seeks to create a magical universe in which boundaries are limited only by the viewer’s imagination. This calendar full of Viona’s fantastic photographs will transport you into a rich world of gothic queens and dark forests.

Our heritage calendars are a wonderful series of titles full of nostalgic photographs focused on specific locations from around the UK, and we’ve chosen our Birmingham calendar as our focus in today’s blog. Showcasing the industrial spirit of this great city in all its glory, with such scenes as workers at the Austin Motor Car Factory in the 1930s, alongside iconic buildings like the Queen’s Hotel in 1918, this calendar is a view into times gone by. Be sure to check out our full range of heritage calendars in our wall calendar catalogue here.