Alien Invasion, the next book in our Gothic Fantasy anthology series, brings together a mix of adventure, horror, humour and sadness in short stories that explore what we imagine outside of ourselves and our world. Whether it’s an attempt to colonise new territory, an impulse to reach out and welcome, or a response to perceived threat, the complex dynamics at play are brought to the fore in these striking tales. Below, contemporary authors featured in the anthology shed light on the inspirations behind their story… 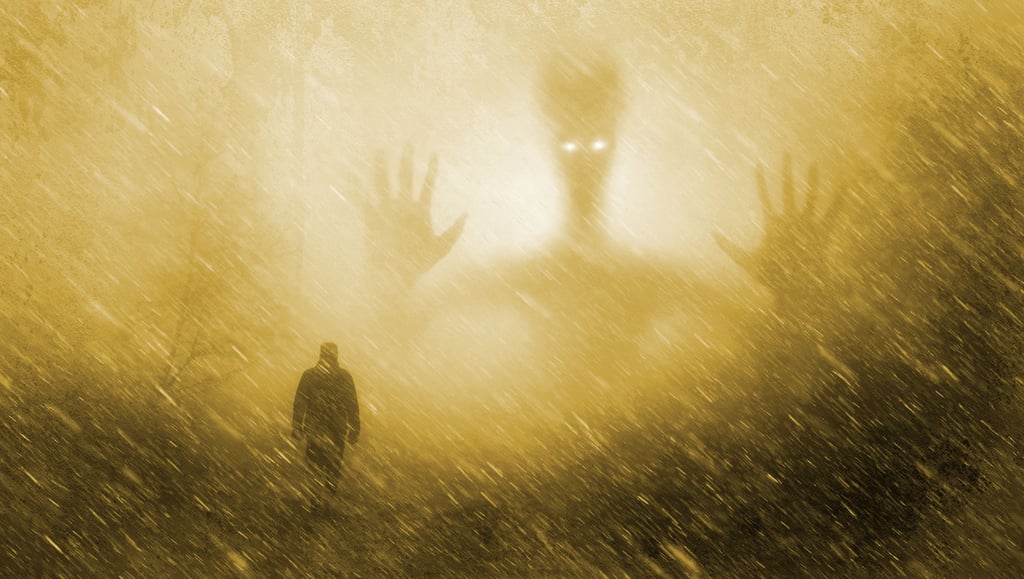 What was the inspiration behind your Alien Invasion story?

Bo Balder – A House of Her Own

I came across a battered old paperback of Steinbeck's Of Mice and Men and my mind inevitably transformed that to ‘Of Women and Hice’. But what were the Hice? They had to have some kind of relationship with women, and they had to be aliens. So my brain turned up this symbiotic species that had bonded with women on an abandoned colony planet. Something the tax officers from Earth find it hard to comprehend or condone.

‘Sin Nombre’ is apparently what the people who name viruses call Hantavirus now, though ‘my’ virus isn't Hanta. The idea came from Nameless Sao Paulo, a Brazilian hemorrhagic fever, which sounds worse for being nameless. Reading The Demon in the Freezer, about the eradication of smallpox and the people who actually objected because ‘It's a living thing’ gave me the idea of a virus that isn't quite from around here – and how people are going to react to it.

Maria Haskins – Long as I Can See the Light

One thing I asked myself while writing my story was, would it really be so bad if Earth was invaded by aliens? I mean, we humans are doing a pretty good job of killing each other and destroying the natural world, so what if the aliens (at least seemingly) made things better? I was also thinking about utopias and dystopias, and that what each person considers a utopia or dystopia depends a lot on their point of view.

Science Fiction World (SFW) based in Chengdu, Sichuan Province, is China's foremost SF magazine with over 100,000 readers each month, and features new writing from Chinese writers. This new story marks the beginning of a long-term co-operation between SFW and Flame Tree.

‘Blind Jump’ was actually inspired by brainstorming among friends in the Sci-fi field (though I’m not sure three people gabbing on QQ can be considered as a brainstorming or not). Someone mentioned a story called A Billion Eves (a Chinese edition was published on SFW Translations) and a ‘non-mainstream’ idea emerged: if an intellectual species exists in a parallel world, how can we make sure they are safe? As a result, I conceived this story that very night.

I'd just finished reading the giant omnibus The Complete Short Stories of J.G. Ballard – incidentally, my favourite writer (most of those stories were re-reads for me) – and I set out to write something that aimed for some of the things Ballard accomplished with character, emotion, and setting without using any Ballardisms – to synthesize what I'd gleaned from Ballard while consciously avoiding aping his style, tropes, and/or mannerisms.

This story is inspired by growing up in Niger, particularly by the swimming pool where I spent what feels like most of my childhood. We used to go around the outside of the pool and pick out the water scorpions by their stiff stingerless tails, then flick them into the bushes. Me and a friend once buried one alive, and afterwards I felt a certain kind of guilt that lingered for years. 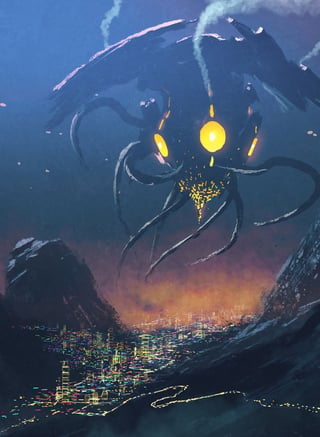 I'd been thinking about why an alien race would even bother invading another planet. One particularly tired trope is that they want resources such as water, which generally makes no sense. I decided to explore one alternative reason using the prototypical alien invasion story – Wells's War of the Worlds – as backstory. That turned it into a thought experiment: what if some of the things Wells told us weren't quite correct?

I was drafting a 100-word flash fiction story for entry into a contest, and I locked onto the phrasing 'Last Breath Day'. I discovered that the story needed more space to breathe (pardon the pun) than that tight format allowed. I've expanded the story repeatedly through various iterations. I thought it would be interesting to explore the story through a narrator who is a naive teenage boy dealing with first love and not understanding that humans are complicated and often self-centered.

Reading can be a form of escapism, but so can writing. When my company was bought out, I was very stressed out about the possibility of losing my job. But the acquiring company always puts on a happy face and claims everything will be great for you! I thought it would be funny to treat alien possession as a corporate merger, using all the arcane business-speak I was encountering in my e-mails as fodder for jokes. If I could make myself laugh about what was going on, then at least I wasn’t thinking about the future of my employment.

Laura Pearlman – Some Things I Probably Should Have Mentioned Earlier

When I sat down to write this story, I was thinking about difficult conversations, how we sometimes avoid them, and how that avoidance tends to make things worse. The main character is my favourite kind of character to write: an otherwise-intelligent person who, for some reason related to personality or background, fails to notice something important.

As the theme is obviously a very well-worn one, I cast around for something a little bit different. What I ended up with was actually something rather like Invasion of the Body Snatchers, but that was nowhere in my (conscious) mind when I was writing; the idea I eventually hit upon was to make an invasion entirely benign, in that it produces nothing but good, and at the same time try to make that somehow sinister.

My day job is as a philosophy professor, so I spend a lot of time thinking about what it means to be human. I’ve also thought deeply about the practice of ‘othering’: that human tendency to divide the world into us and them and then make them (whom we treat as less-than-human) into the scapegoats for our problems. A story about aliens coming to Earth, blending in and aiming to become like us even down to the genetic level, seemed a great way to explore these ideas. I’ve been sitting with a sketch of this story for a few years without developing it. But in the fall of 2016 I was immersed in finishing a book manuscript, The Triumph of Love: Same-Sex Marriage and the Christian Love Ethic, and I’ve always liked to pair philosophical projects with fiction-writing ones. The book explores how a love ethic is fundamentally opposed to othering, but also considers how Christians, called to live out such an ethic, have fallen prey to this all-too-human tendency in relation to their gay and lesbian neighbours. Working on a story that touched on these themes from a very different direction struck me as a great way to cross-fertilize.

I wanted to write a story based on the theories of nonviolent resistance by Thoreau, Gandhi, King, and others with a conscientious objector as the hero. I tried various approaches and then realised that since this was science fiction I could let out all the stops and make it a parable. That's when I switched to an alien invasion, made the main character a woman, and devised the invaders that would mimic anything humans attempted.

S.A. Westerley – What Survives of Us

Unusually for me, it came from a dream. Pretty much all the elements were there, the end of the world, the phrase and the mood. At the time I was writing my anthology of Golden Age style sci-fi, The Speculators. Other stories were inspired by me looking at packets of tea, The Food Programme and discovering that Jackson Pollock had a funny voice. As such, the story behind this one is surprisingly normal.

I like to kill my children. At least that's what my wife accuses me of every time I include a young character in one of my stories! Truth is, I write what moves me and nothing, nothing, hits me harder or deeper than the thought of losing a child. 'Jars for Their Eyes' was born during one of those long dark tea-times of the soul, the kind every parent inevitably faces, the kind when we consider, if only for the briefest of moments, we might outlive our children. And what we would be willing to do to hold on. 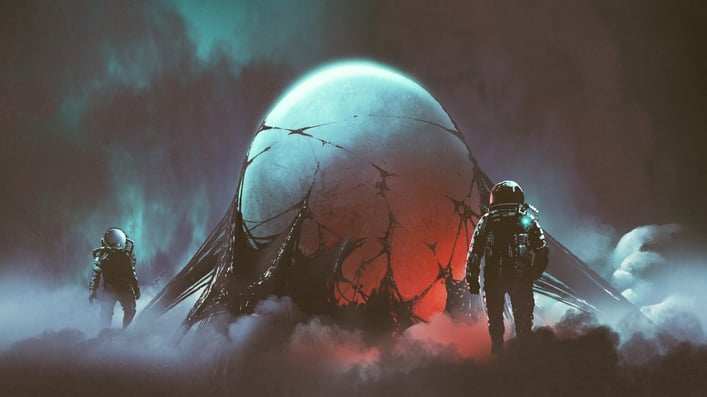 Alien Invasion Short Stories is now available to buy through our website here. And if you’ve enjoyed reading these responses, watch out for Part 2 of the Alien Invasion Author Q&A!