This week marks the international release of The Sorrows by Jonathan Janz, Kosmos by Adrian Laing, Night Shift by Robin Triggs and Think Your Self Lucky by Ramsey Campbell. All four books will be available in paperback, hardback, audio book and eBook from the 30th of November! To celebrate we are posting Q&As with all the authors and today it's Jonathan Janz.

Hi Jonathan, can you tell us what The Sorrows is about?

The Sorrows, an island off the coast of northern California, and its castle have been uninhabited since a series of gruesome murders in 1925. But its owner needs money, so he allows film composers Ben and Eddie and a couple of their female friends to stay a month in Castle Blackwood. Eddie is certain a haunted castle is just the setting Ben needs to find inspiration for a horror film.

But what they find is more horrific than any movie. Something is waiting for them in the castle. A malevolent being has been trapped for nearly a century. And he’s ready to feed.

That sounds great! How did the setting come about, and what about it stimulated your imagination?

My wife’s sister lives in Santa Rosa, California, where part of this book takes place. It’s not far from the ocean. One day, we all drove out there and hiked along the coast, and the windswept view, the awesome power and the air of mystery, it all worked its magic on me.

So it’s clear that the setting paid a big part in the creation of the story, but who are the people that influenced you most in the writing of the book?

Great question. This one, I’d say, is a weird fusion of Arthur Machen, Richard Matheson, Peter Straub, Ramsey Campbell, and Richard Laymon. Oh, with a little bit of James Herbert thrown in for good measure.

Haunted houses (or castles for that matter) are staples of the genre, do you have any favorites?

Moving away form the book, can we talk about writing practices? Some writers enjoy working to music while others only write silence Did you write in silence, or to any particular music?

Before we finish, can we ask what you are writing now?

At the moment I’m editing a post-apocalyptic novel (the first of a planned series) and working on the second Children of the Dark book.

The Sorrows by Jonathan Janz is available in paperback, hardback, audio book and eBook from our website! 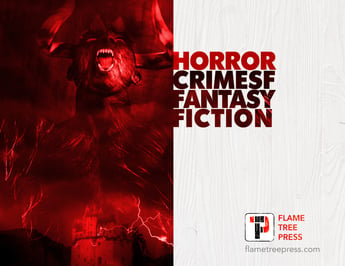 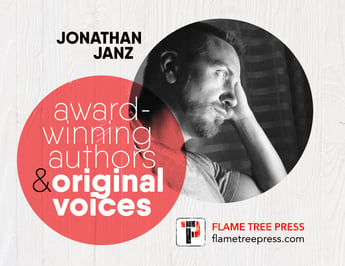 Since then Jonathan's work has been lauded by writers like Jack Ketchum, Edward Lee, Tim Waggoner, Bryan Smith, and Ronald Kelly. Novels like The Nightmare Girl, Wolf Land, Savage Species, and Dust Devils prompted Thunderstorm Books to sign Jonathan to an eleven-book deal and to give him his own imprint, Jonathan Janz's Shadow Side. His novel Children of the Dark received a starred review in Booklist and was chosen by their board as one of the Top Ten Horror Books of the Year (August 2015-September 2016). Children of the Dark will soon be translated into German and has been championed by the Library Journal, the School Library Journal, and Cemetery Dance. In early 2017, his novel Exorcist Falls was released to critical acclaim.
Jonathan's primary interests are his wonderful wife and his three amazing children, and though he realizes that every author's wife and children are wonderful and amazing, in this case the cliché happens to be true.
You can learn more about Jonathan at http://jonathanjanz.com.
You can also follow him on twitter @JonathanJanz