Escape into fantastic worlds: from tales of space to mythical islands, underwater realms and alternate realities, our latest anthology Strange Lands is packed with imaginative storytelling. Sitting alongside the likes of Jules Verne, Edith Nesbit, H.G. Wells, George MacDonald and more, a selection of modern authors offer up works dealing with exploration and survival in fascinatingly alien settings. In last week’s Q&A, authors from the book spoke a little about their stories. Get your gift ideas and reading lists ready, as they return here with story recommendations in the genre, plus tips on getting writing ideas down! 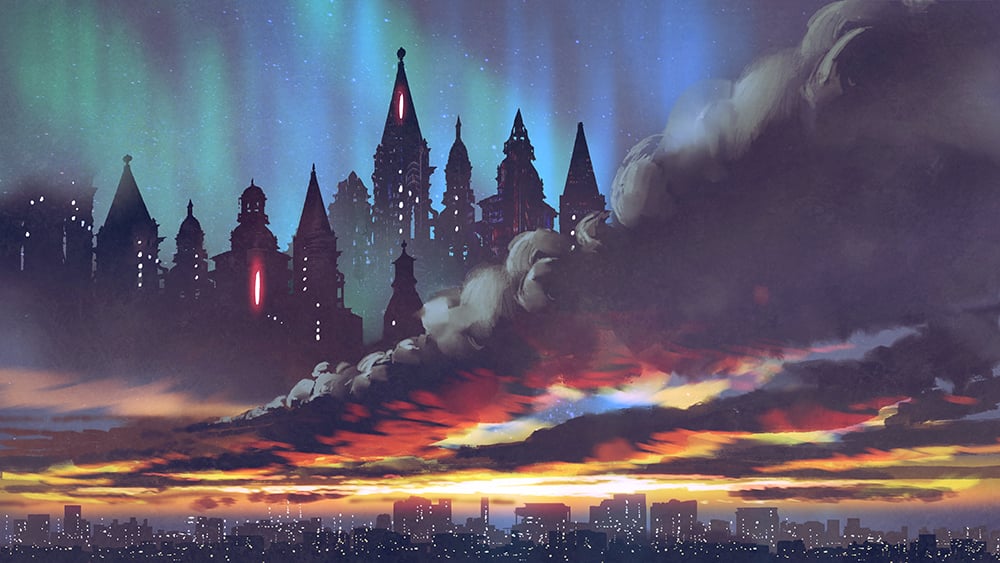 I am always so impressed by solid world-building and being taken to a strange world far outside the familiar. Ilona Andrews’s future Atlanta in the Kate Daniels book series, the alternate dream world of Catherynne Valente's Palimpsest. Laini Taylor's Daughter of Smoke and Bone and Strange the Dreamer. The strange subterranean ancient worlds of Lovecraft's At the Mountains of Madness, or the foreign cityscapes of China Miéville’s Perdido Street Station to name a few. Kelly Link's ‘Stone Animals’ and ‘The Hortlak’ are great examples of the ordinary and the strange intermingling. As far as movies, I love when the ordinary becomes strange, like in a movie like After Hours.

Many of Neil Gaiman's works involve strange lands and interesting journeys (Neverwhere, Stardust, Coraline – I could go on and on). C.S. Lewis's The Lion, the Witch, and the Wardrobe is a classic. George MacDonald wrote loads of stories that fit into this theme – his works were among my favourites as a child, and At the Back of the North Wind still makes me cry.

I adore stories set in space, whether it be comedic takes like Red Dwarf, or more serious stuff, like Ad Astra or Arrival. While I'd be hard pressed to pick favourites (maybe some of the Alien films?) I love Ted Chiang's short fiction – his recent Exhalation collection was so good. And recently I enjoyed both Hyperion by Dan Simmons and the 2013 film Europa Report. I'd also argue Richard Matheson's The Shrinking Man falls into this genre at times, and that is essential reading.

‘The Country of the Blind’ by H.G. Wells is superb. As a social psychologist, our research shows (sometimes painfully so) how much our definition of normal is influenced by our biased and limited perceptions. I may believe my way to be the right way only until I am around others who do things differently. For I am only shy because so many around me are not. Wells portrayed this sentiment beautifully.

I'm going to go specifically with ‘mysterious fairy tales’, since otherwise it's too long a list. Pan's Labyrinth will always be a favourite of mine – the integration between the historical story and the fairy tale aspects really speaks to me, not even to mention the symbolism and cinematography. When it comes to writing, Neil Gaiman's Ocean at the End of the Lane is a masterpiece of the English language – it has magic I could just sink myself into. But to be completely honest, most of my reading material is ancient. The worlds built up by works like Beowulf and the Epic of Gilgamesh have always sparked my imagination most fiercely: deep, old forests and creatures half-forgotten with time.

Tamora Pierce’s Tortall books were my first experience of being completely immersed in another world, and I defy any young reader not to be hooked on her heroines’ struggles with magic, monsters, and palace intrigue. I also love the writing of contemporary authors like Neil Gaiman, Ken Liu, Joe Hill, Charlie Jane Anders, and Victor LaValle, all of whom blend fantasy, science fiction and horror in their work. And I’m a lifelong fan of Star Trek, which uses the tropes and trappings of science fiction to tell relevant, moving, deeply human stories.

I've read a few works which found their way into my story in this collection, at least in spirit. The Terror by Dan Simmons and the first act of Cloud Atlas, by David Mitchell, both had amazingly realised maritime settings. I loved the voice of Patrick Süskind's Perfume: The Story of a Murderer, even in translation it is near perfect, and was trying for a similar nonchalance. As for the horrific aspects, Greg Bear's Blood Music troubles me even to this day. Paulo Bacigalupi's The People of Sand and Slag made me itch terribly, and I highly recommend Jeremy Robert Johnson's short story collection, Entropy in Bloom: Stories, which is the gold standard in body horror.

Most of my stories start with a sentence or an image. I think about the sentence or image for a long time, adding something here and there until I get to know the characters and the setting and the conflicts. Then I start writing. I'm not an outliner, at least not in the traditional sense, but I do usually have the skeleton of the story in my head before I sit down to write.

I prefer putting in a few hours during the day, in my quiet workspace. If there's a tight deadline I'll also work late. Between projects I may get a little lax. Where research is required it's easy to fall down that black hole, but also one of the more enjoyable aspects of writing, and often as not leads to more interesting pathways. I prefer to get the basic storyline down, go over it to expand plot twists and characters and details, then tighten it up again. Under ideal circumstances, I'll put what appears to be a finished story aside for a week or so, at which point typos and other glitches become more apparent. Sometimes the story and/or characters have minds of their own, and you just have to go along; they're usually right. Not always, though.

My writing process is rather flexible. I try and write a little everyday, never editing until I am finished the story – though I will stop and go back to add more scenes if I think of them. I actually like writing with the TV on in the background. I find if I get frustrated by a scene, I can zone out a bit while staring at the TV, then the answer or next step will come to me and I can keep writing. I also always keep a journal with me to jot down notes and ideas, to plan out a plot, or list out things I need to remember for my story like points of history. And since I am a night owl, all this usually happens best in the evening, late into the night.

Typically I write in the evenings when the kids are in bed and the house is quiet. Ulysses works well for longer pieces, where I need additional structure and features. I’ve used Scrivener, but find it to be a little too bloated. And then when I just want to write for the joy of it, when I don’t care about saving what comes out, I pull out my Smith-Corona Super Sterling. It’s a wonderfully relaxing and tactile experience.

My writing process usually begins with an image or set-up. I don't outline, preferring to construct a narrative as I go and letting the characters and plot discover themselves in a way. The first draft is usually a bit of a dog's breakfast, but the writing really begins in the second draft and onwards. Then it's a matter of polish, writing and rewriting until someone close to me usually tears the story away and tells me it's finished. I work on Microsoft Word primarily and try to write at least 1000 words a day on average in my makeshift office in our bedroom. Add a little music for inspiration and that about does it. Oh, and then the hair pulling and sessions of self-doubt and despair. Those are inevitable and you just have to work through them. I recommend coffee, tea or a nice walk. 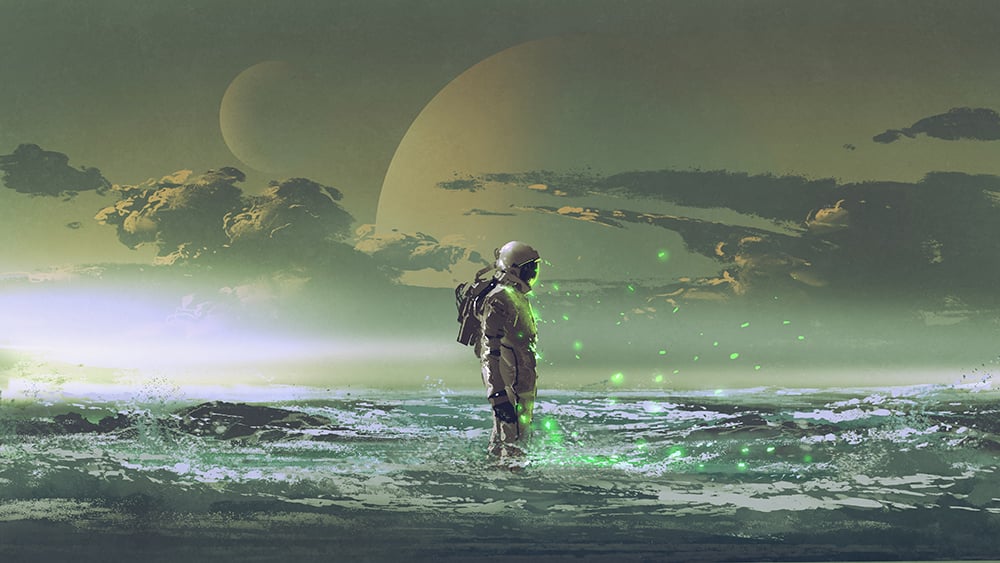 For fans of other worlds this anthology is not to be missed! Get it from our website here.