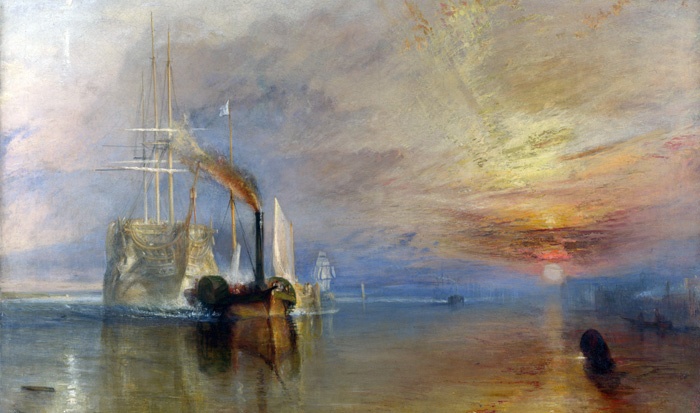 Stepping Away from Neoclassicism

The finest exponent of the movement known as Neoclassicism – which arose as a reaction against the excesses of the Rococo style – was Jacques-Louis David (1748–1825). His great painting The Oath of the Horatii (1785) caused an immediate sensation and was praised for its vigour and austerity. When the French Revolution erupted, David’s Death of Marat (1793) evoked patriotism in the highest Roman republican ideal, painted with noble simplicity in the best Classical tradition. His influence could be strongly felt in the work of Pierre Narcisse Guérin (1774–1833), who passed on his Neoclassicist principles to Théodore Géricault (1791–1824) and Eugène Delacroix (1798–1863), but they, like their master, later turned to Romanticism. 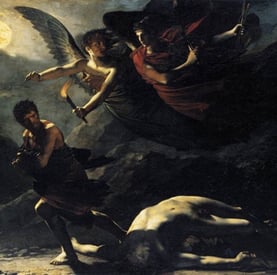 Neoclassicism had already begun to wane when Napoleon commissioned large paintings – heroic in scale and content – to chronicle his imperial exploits. Confronted by the harsh reality of modern warfare, even convinced Neoclassicists had difficulty avoiding the depiction of things as they really were. By the time of the decisive Battle of Waterloo, David was driven into exile and spent the last years of his life in Belgium. The artist who led the revolt against the Neoclassicism of David was Pierre Paul Prud’hon (1758–1823). He shared David’s fascination for Classical sculpture without demonstrating the same dogmatism, and in his great allegorical works – noted for their rich colours, fluid composition and exquisite charm – he led the return to a style akin to that which was popular under the Ancien Régime, yet invested with a freshness that foreshadowed the Romantics.

In the middle of the eighteenth century, a second Renaissance, dominated by the pursuit of truth and knowledge, occurred, having a profound effect on the fine arts. An entirely new scientific approach was applied to every discipline. The spotlighting of rational thought went hand in hand with a technological revolution, as steam mechanized industry and soon transformed communications. The Age of Reason therefore accompanied the Age of Steam, and would ultimately lead to an overturning of long-accepted systems of government. In Britain, a prime example of an artist who revelled in capturing the wonders of the Industrial Revolution was Joseph Wright of Derby (1734–97), with many painters applying scientific procedures to further their art, such as the artist George Stubbs (1724–1806), who was famous for his anatomically precise depictions of animals.

Paradoxically, however, the Age of Reason also produced great paintings that seemed devoid of reason: the attribute that marked out a number of other artists active in the second half of the eighteenth century was their powerful imagination. Letting their imagination, reveries and dreams run riot, they created some of the most extraordinary paintings of that or any other period. The painting The Nightmare (1781), by Henry Fuseli (1741–1825) was the precursor of many other works that explored the deepest and darkest recesses of the mind. The image carries overtones of sexuality, sadism and death, and it was rumoured that Fuseli ate or drank certain substances to make his consciousness more receptive to these horrific images. In exploring the dark side of the imagination, Fuseli’s work embodies the Romantic values that placed emphasis on the artist’s psyche. The artist Francisco Goya (1746–1828), too, prioritized the artist’s feelings when creating his work. Goya derived inspiration and technique from many sources and refashioned them in his own inimitable style, to the extent that whatever Neoclassicism he had imbibed from his teacher Anton Raphael Mengs (1728–79) did not hold him back but was absorbed into the vast body of work he produced. The treatment of psychological disturbance and emotional input by these artists would in many ways anticipate the expression of the mind that would become popular later in nineteenth century art. 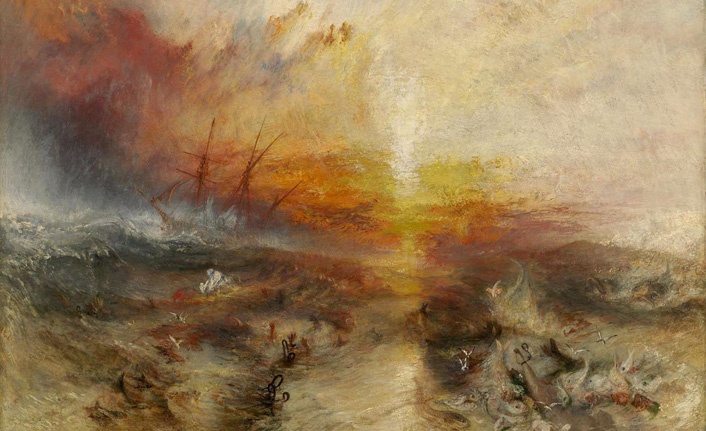 The year 1815 was one of the great watersheds of history. The defeat of Napoleon at Waterloo brought to an end his dreams of a European order, but the Congress of Vienna did not entirely turn back the clock. There were various political upheavals across Europe that charted the rise of Prussia and the formation of the German Empire, but the period was one of relative peace and enormous material progress. At the forefront of the Industrial Revolution, the population and material wealth of the United Kingdom expanded out of all recognition throughout the nineteenth century. The fine arts flourished as never before, and for a time a country that had hitherto been on the fringes of artistic development now took on a more prominent role.

The Rise of Turner

The English painter J.M.W. Turner was a bold and imaginative innovator whose landscapes – and seascapes – are regarded as leading examples of Romantic art. After his first trip to Italy his paintings showed a marked Classical influence, and following a second trip in 1829 his art entered its greatest phase with works such as Rain, Steam and Speed (1844) – the precursors of Impressionism.

As well as oil painting, Turner excelled in his range and skill in watercolours, and his career marks a turning point in the development of modern British art. Many of the great symphonies of light and colour painted by Turner were in the latter part of his career, when he was becoming increasingly reclusive. In these paintings Turner used paint to recreate the effects of light, which was in turn used to convey the moods associated with his increasingly pessimistic vision of the world, as in The Slave Ship (1840). 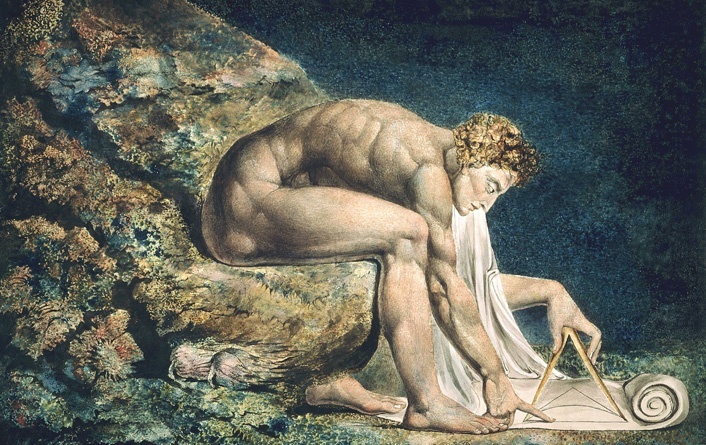 A Different Strain of Romanticism

There were also mystics and visionaries who rejected the theories of rational thought altogether and strongly objected to the scientists and mathematicians who would reduce everything to geometric principles. Foremost among the rebels against Reason was the poet and painter William Blake (1757–1827). For him, the imagination was always far more important than the imitation of nature. He fought long and hard against the tyranny of rationalism and materialism,  championing instead the freedom of the imagination. With subject matter largely drawn from the complex, personal mythology outlined in his verses, Blake’s artistic technique was highly inventive. He devised a system of ‘illuminated printing’, which enabled him to produce lavish editions of his books of poetry, and pioneered a form of tempera painting in place of oils. Stylistically, his art bore some of the hallmarks of Neoclassicism – particularly in its linear approach and dramatic intent – but a classical sense of restraint was notably absent. Inspiring a veritable army of followers and imitators whose work carried on well into the nineteenth century, Blake influenced some of the artistic developments that fell under the broad banner of the Romantic movement.

The Raft of the Medusa

Now regarded as one of the seminal works of the Romantic movement, this oil painting by Théodore Géricault was greeted at the time with outrage and vehement criticism that drove the artist into exile in England. A wonderful fusion of realism and Romanticism, the painting portrays the true and horrific story of the shipwreck of La Méduse. Marking the transition from the rigidity of Neoclassicism to the flights of fancy characteristic of the Romantics, Géricault’s work showed considerable originality, not to say unorthodoxy. He studied under Pierre Narcisse Guérin, with whom he was frequently at odds with because of his passion for Peter Paul Rubens (1577–1640) and his unconventional approach in interpreting nature. He made his debut at the Salon of 1812 with his spirited portrait of a cavalry officer on horseback, and followed this with the Wounded Cuirassier (1814), subjects that were immensely popular at the height of the Napoleonic Empire. During the Hundred Days, he served as a volunteer in a Royalist regiment, witnessing soldiers and horses at close quarters. He travelled and studied in Italy in 1816–19, and on his return to Paris embarked on the large-scale works that established his reputation as one of the leading French Romantics. 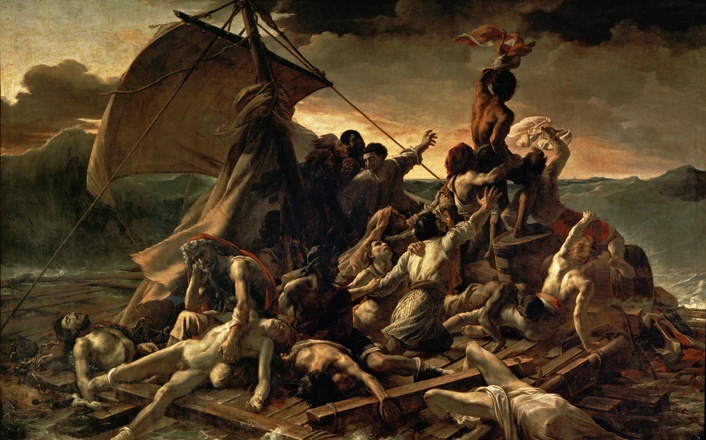 Géricault was also a role model for Delacroix, who was a great champion of the Romantic cause. He also trained under Guérin, but the dominant influence on his style came from Géricault, who was a fellow pupil. Delacroix was overwhelmed by the raw, emotional power of The Raft of the Medusa, and swiftly began to emulate this in his own canvasses, achieving his breakthrough with The Massacre of Chios (1824) an action-packed canvas alluding to an incident in the Greek struggle for independence, then at its height. Between this work and his great masterpiece, The Taking of Constantinople by the Crusaders in 1204, exhibited in 1840, Delacroix established himself as the undisputed champion of Romanticism. Unlike most other French painters of his generation, he drew on the great writers of English literature for inspiration, from Shakespeare to Byron and Scott. Like most Romantics, Delacroix was fascinated with the exotic but, unusually, he actually visited the Arab world. As a result, his Orientalist paintings were more sober and realistic than most European fantasies. Critics, however, accused him of wallowing in scenes of brutality rather than acts of heroism, and they denounced his pictures as ‘sketches’, because he preferred to build up his compositions with small dabs of colour rather than apply the smooth, linear finish of the Neoclassical style. Meanwhile, the rearguard action on behalf of Classicism was fought by Jean-Auguste-Dominique Ingres (1780–1867), who had studied under David and regarded himself as the custodian of the Davidian tradition. He waged an artistic duel with Delacroix that lasted for many years, yet throughout this time Romantic ideals continued to embody the artistic temperament of the period.

If you’ve fallen in love with the Romantics and would like to read about more of the richly imaginative works of this era, our book on Turner’s Masterpieces of Art is a great place to start. Or, for a more general look at the exciting development of art during this period why not give our book The World's Great Masterpieces of Art a go?