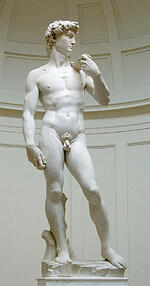 This is just a fraction of the reasons that we are adding Michelangelo to our Masterpieces of Art series. The book will cover his paintings, featuring a biography in the front too.

However, in today's blog we will be focussing on Michelangelo's work on scupltures and how he came to be such a vital figure in the art world.

In 1489, Michelangelo was introduced to the Medici court. It was there that he sculpted the reliefs Madonna of the Stairs and Battle of the Centaurs. Legend also has it that one of the first pieces seen by Lorenzo de' Medici was the head of a satyr sculpted by the young Michelangelo, which met with playful derision by Lorenzo. While clearly moved by the young artist’s skill, Lorenzo pointed out that the old satyr had remarkably fine features and beautiful teeth for such an aged lecher. The proud Michelangelo, who was soon to become known throughout his life as being highly critical of others and equally intolerant of others' criticism of him, took back the effigy of the Greek follower of Dionysus, roughed it up and broke a couple of its teeth before returning the head to the delighted Lorenzo.

Throughout his life as an artist Michelangelo showed a keen interest in not only the tools of his craft – stone and chisel, colour and light, shape and volume – but also anatomy. Meetings with physician-philosophers at the court of Lorenzo de’ Medici led him to study, and soon to dissect, cadavers from the church morgue, a practice tolerated but hardly sanctioned as such. For that matter, it is said that Michelangelo dissected anything he could get his hands on. Many believe his medical problems with gouty arthritis and kidney dysfunction led to an increased interest in the matter.

Emerging from the Shadows

While Leonardo da Vinci was largely considered the brightest scientist-artist of the era, Michelangelo was no less of an observer, a quality that no scientist can proceed without. His powers of observation and his ability to depict human flesh both in stone and in paint is stunningly apparent in his first major work, the Pietà, a moving portrayal of the dead Christ being cradled in the Virgin Mary’s arms that has lost none of its sublime power throughout the ages.

The Pietà, which signifies pity and compassion, was a common subject amongst European artists, but none can equal Michelangelo’s rendering that was first commissioned for the smaller St Basilica and now remains in the enlarged St Peter’s Basilica in the Vatican, Rome. 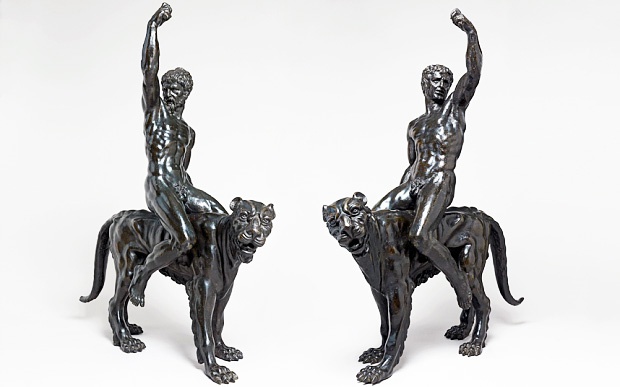 It is hard to imagine today just how skilfully and gracefully the young artist was able to transform the cold majestic marble of Carrara into seemingly still warm flesh. Christ’s death is made all the more sentient by the distribution of his body weight in his mourning mother’s lower body, arms and hands. The Virgin Mary conveys the weariness of holding not only a life-like body but also a history of a world transformed. While the two figures do not meld together, they lean or rely on one another, inseparable, eternally alive. Never before had sculpture been able to project the breathing sensorial immediacy of painting – an immediacy which prompted an argument that has for over 500 years engaged Michelangelo and da Vinci, followed by artists, critics, and historians in an argument as to which of the two is the greatest artist. This, it seems to me, is beside the point, as it is well known that artists can be as vicious as any other rival – but it clearly demonstrates the nearly unbelievable difficulty of working such intricate, soft life out of the hardness of stone.

Many were in awe of Michelangelo's mastery, who was able to carve such realistic depictions of Christ and the Virgin Mary out of stone, whilst spectators could only behold his work in amazement. Upon hearing a group of spectators praising loudly his work and attributing its maker to ‘Our Gobbo of Milan’, Michelangelo snuck into the chapel at night and carved his name on it, a signature he would never again (nor need to) repeat throughout his long, productive life.

The facts of Michelangelo’s commission to sculpt David are straightforward and simple. The results are not. In a word, the results are history. In 1501 the city of Florence commissioned the then relatively unknown sculptor with one major work to his name – the Pietà – to carve the David that was meant to stand high atop the Duomo, Florence’s main cathedral.

The massive block of marble (over 18 feet high) had been abandoned for a decade and two sculptors had failed to give it life. But the city would not give up, in part because of the cost of quarrying such a great piece of stone. Thus Michelangelo set to work, completing his masterpiece three years later. Nothing from marble had been seen like it before, especially if one considers the tools with which it was hewn.

Given the state of the marble block, the size of the resulting structure (17 feet) and the nearly inexistent margin of error in carving stone into the likeness of bodily flesh, Michelangelo had to call upon not only the consummate skill of his artistry (still inexperienced by youth), his study of anatomy, his reputation, his vision and, perhaps most of all, his faith that what would become the symbol of the republic of Florence and the greatest sculpture ever achieved by a single man could actually be accomplished by a few chisels, human hands and the mind alone.

The city of Florence immediately rejected its first idea to place the sculpture high above gazing eyes and set its almost god-like form for all to see in the Piazza della Signora. Since then we are all aware of the lasting impact of this hugely iconic sculpture, but the artist himself was humble in the face of such rapturous praise. 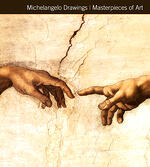 This article is a modified version of the much more detailed text in our upcoming book, Michelangelo: Masterpieces of Art. You can pre-order it on Amazon by clicking here.