Astronomy Photographer of the Year - Our Favourite Photographs

In just seven days the winners for Astronomy Photographer of the Year 2014 will be announced during the awards ceremony at the Royal Observatory. There are sure be images that resonated with spectators as well as compositions that will dazzle with their fantasical imagery.

This wonderful niche of photography is able to capture events that often the eye can't see, from a range of stunning locations across the planet. From solar storms to the Northern Lights, and cloud-like nebulas to super moons, there is a range of unqiue events to be seen. We're excited to see the winners this year and so in anticipation of the event, in today's blog we're looking at our favourite images that have been featured in our new calendar Astronomy Photographer of the Year. 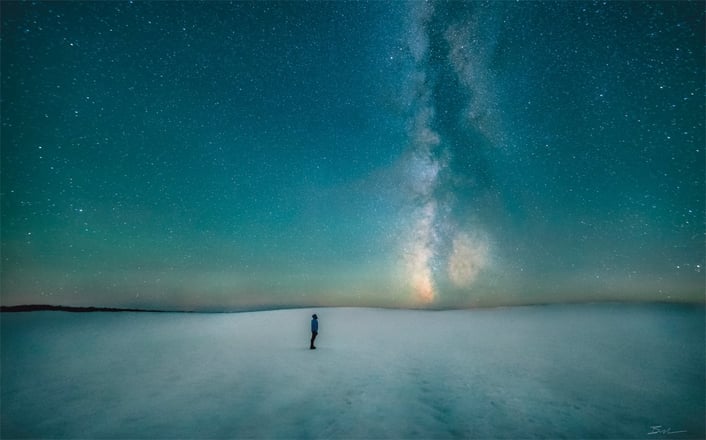 Ben Canales captured this stunning image of the Milky Way in Oregon, USA. This stunning collection of debris from dead and dying stars is not this clear to the human eye. But, by using a long-exposure technique Canales has been able to bring the starts into the shot and keep the foreground clear as well - it also means that the figure would have had to stay still for a long amount of time and probably get pretty chilly!

The Aurora Borealis (or, Northern Lights) were shot incredibly by James Woodend in Iceland in 2012. This amazing natural phenomenon is often the reason holiday-makers take trips to Iceland as it can be seen by the naked eye. In this image, though the waves of light flow across the sky, Woodend's perfect timing makes it seems as if the mountain is radiating a mysterious, cosmic energy. 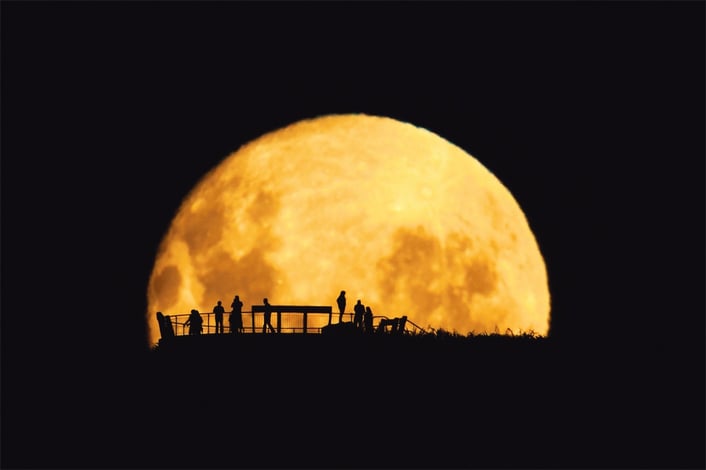 This is a fantastic example of forced perspective. Though it seems as if the moon is hurtling towards the earth, it is actually just a trick of the camera. When in Wellington, New Zealand, Mark Gee engineered this shot by standing incredibly far away from the figures in his photograph. Then, by zooming all the way back in, he squashed the depth of field, which is what we usually rely on when judging depth. By capturing the elements of this photograph and sizes we are not used to perceiving them at, the outcome is an astonishing photograph created with relatively simple technique.

Astronomy photography is a fantastic playground for creative photographers who not only get to witness spectacular events, but capture them in unique and imaginative ways. Though it may means long nights camping, or trekking to the perfect spot, their dedication opens up a beautiful universe before our eyes.

These images are © their respective photographers.

Our new 2015 wall calendar Royal Observatory Greenwich: Astronomy Photographer of the Year (ISBN: 9781783610792) features these photographs plus more amazing images of the night sky. Check it out on Amazon here.