Available to buy soon, Epic Fantasy and Detective Mysteries join our flourishing range of Gothic Fantasy anthologies. Consisting of both new short stories and much older tales that have helped define the genres, the books contain an exciting mix of contemporary authors alongside the classics. Here to say a little more about their stories in the collection, some of the Epic Fantasy authors tell us below what led them to create the stories that feature in this book! 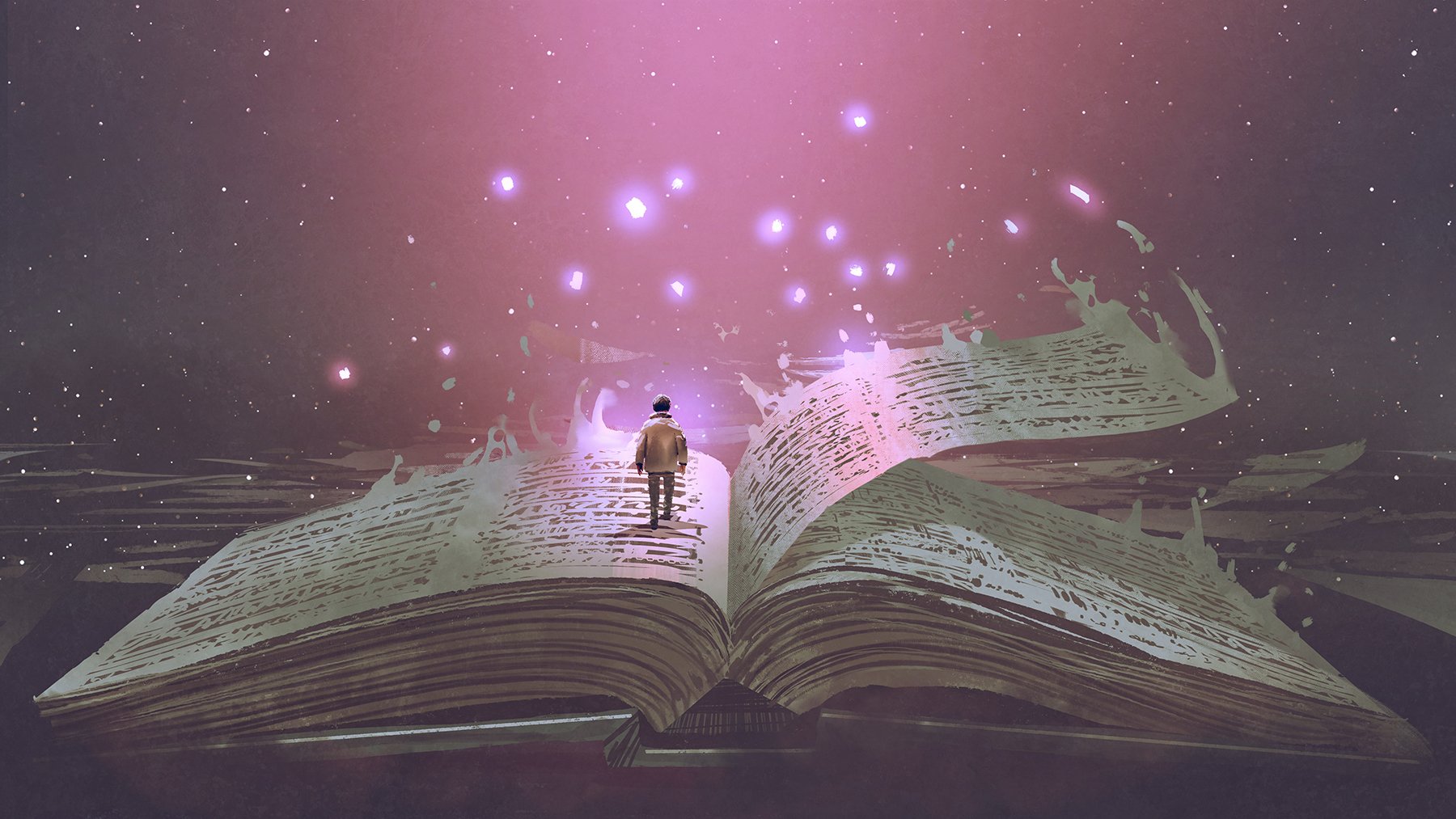 What was the inspiration behind your Epic Fantasy story?

Brian Bogart – Faith in the Flame

I had recently had a conversation with someone about faith and how they had found out someone wasn't who they thought they were, after their death. Coupled with a recent role playing game excursion into the frosty hills of Dungeons and Dragons Icewind Dale campaign, these two things led me to write this story – after a bit of daydreaming while walking the coastal roads of Northern Ireland.

Ramsey Campbell – The Pit of Wings

Back in the seventies my agent Kirby McCauley advised me to diversify as a writer if I could, and so I tried my hand at fantasy. I came up with the mythic world of Tond (actually referred to in my early Lovecraftian tales) and set the swordsman Ryre loose on it, where he voyages from encounter to encounter. I wanted all of them to involve the fantastic and monstrous, and this was the third.

For the plot, I was trying to figure out how to incorporate multiple elements of an epic fantasy: humble hero(ine), magic, a dark problem that threatens lives. That's just the kind of puzzle I like when writing a story; how to work within the restrictions of a given submissions call. The horse, however, is based on my interactions with Lipizzans, including my much-loved mare Carrma who was protective, intelligent and determined.

This story was a blend of two different ideas. A long, long time ago, I wrote a story about magical paintings. It had a couple of good twists, but there was nothing special about it, and eventually I shelved it. Years later, I fell in love with the Japanese fairy tale, ‘The Boy Who Drew Cats’. While I was reading various versions of it, that old story about paintings popped into my mind... and I saw how I could meld the two.

I desperately want to read more stories about women in fantasy who are not damsels in distress or evil sorceresses, but who are the ones doing the rescuing. What appealed to me most was the idea of a woman who had to work to get where she was and her hard work, combined with intelligence, paying off. I decided if I couldn’t find it, I would write it.

Anne Leonard – The Stones in the Garden

I don’t remember the exact seed at this point, but I’m interested in the spaces before, after, and between epics, when ordinary things happen. As I’ve aged myself, one of those questions has been: ‘How do heroes cope with getting old?’ The desolation of the dragon came from my experience with wildfires in Northern California. This is one of the few stories I’ve written in first person, and I had fun trying to get the voice of a retired monster-hunter just right.

‘The Miller’s Daughter’ was originally written for the Continuum 13 short story competition, for which the topic was ‘The fears we love’. The competition description was all about things that go bump in the night, which is the kind of obvious answer to a question that immediately inspires me to be contrary, so I set about thinking up the most sideways interpretation of the topic I could. Around that time I was reading about Propp’s theory of common structures in fairytales, one of which is ‘the hero returns home and is not recognised’. My brain asked ‘What if that was literal?’ and the idea basically fell together from that.

Alison McBain  – Chains of the Past

I wanted to take a very modern and negative concept – divorce between partners who have children – and put a magical slant on it. And I wanted to build a complex magic system for my world, something that worked hand-in-hand with technology. While this story is complete unto itself, I feel that it’s either the start of a longer novel, or perhaps the end of one, and I might someday delve into this world again.

I've been in love with foxes (I'm not kidding, it’s getting out of hand) and Japanese mythology for years, so this story wrote itself with a bit of research. The idea had been in the back of my mind for a while as a general concept, but didn't come together until I considered going in the direction of a Japanese fairy tale.

In terms of setting, ‘A Runeprayer for Bjarvi’ was inspired by the ‘Beast from the East’ cold wave that struck the UK in February 2018 – I actually completed the first draft while my shed was surrounded by snow. I had been toying with a Viking-inspired fantasy idea for a while, and the blizzard outside my window provided me with both the impetus and the opening image to set me on my way. 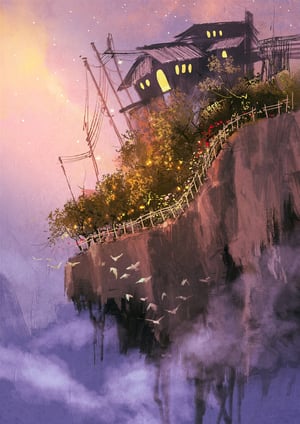 Wendy Nikel – The Tracks of the Pi Nereske

I'd first read about the Pi Nereske while I was browsing Pinterest. I love seeking out mythology and cryptids from around the world, and this one caught my attention, since I'd never heard of before. These fierce and dangerous hunters with their strange, deceptive tracks purportedly come from Russian folklore, and they were so fascinating that I just had to write a story about them.

I have always been inspired by mothers and what they are willing to do to protect their children. I haven’t seen many fantasy stories that highlight a mother’s love, so I wanted my main character to have that as her main motivation instead of revenge. The world I created was also inspired by fairy tales where the forests were just as alive as the characters, and just as deadly.

Aimee Ogden – A World Without

This story's inspiration came from a prompt about an immortal meeting a mortal for the first time. That tickled a part of my brain that had already been chewing over the idea of a world losing the gods that had been palpably present there and I dove into a small piece of what that transition looked like to me.

Cassandra Taylor – A Division of Six

My Inspiration for ‘A Division of Six’ comes from all around me; from the Dungeons and Dragons games I grew up playing with my dad and sibling, to the stories I was read by my mother, to the wonderful and wacky interactions I witnessed from my housemates and friends every day. I am blessed that my muses are the people who surround me; who take me on wild and amazing adventures every single day.

My husband and I love tabletop and text-based roleplaying games; in fact, text-based gaming led to the formation of our relationship. This story is inspired by the first characters we played together. I played Adelle; my husband played Bastian, although he was called Ronnie at the time. Some details have changed (which is bound to happen over the course of fifteen years), but the core of the characters’ stories and personalities remain the same.

‘Weave Us a Way’ was actually created due to a competition prompt. In 2017, the Felix Dennis Creative Writing Competition – which plays a key role in the Stratford Literary Festival each year – issued the annual theme for their contest: ‘Sharing Stories’ . This is what sparked the kernel of an idea. Of what it would be like to live in a world where your story was foretold before you could live it. Of how it was rendered by loom and thread to be worn for everyone to see. Of how some individuals who didn't like their stories fought to change them and take control of their own fates. Consequently, this little tale did well and was Highly Commended, appearing in a book alongside the winners.

You can read these stories and more in Epic Fantasy Short Stories, which is available to order through our website here!