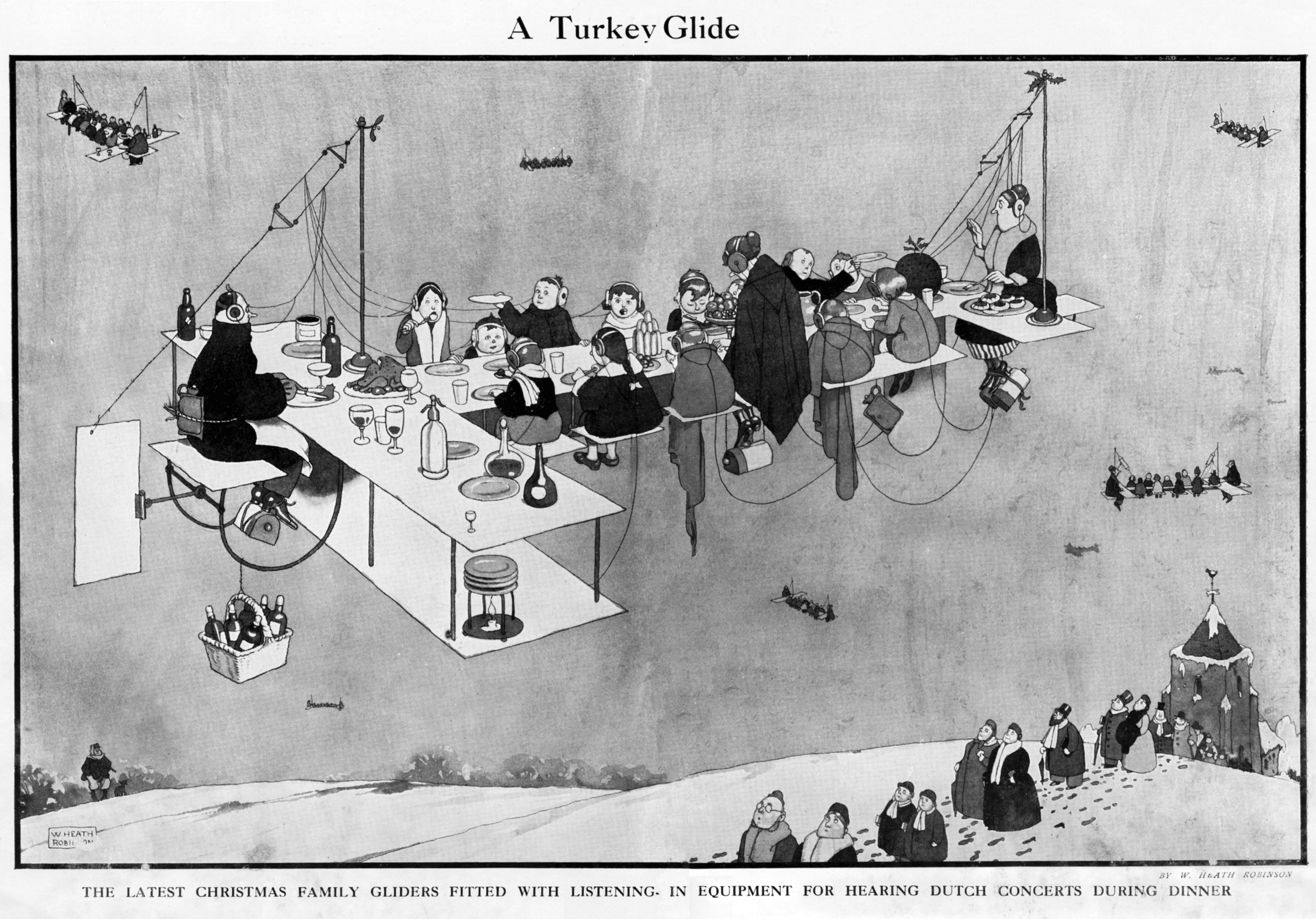 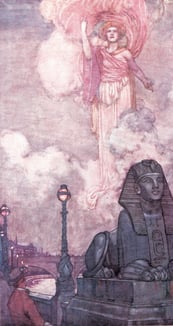 In the late 19th century Japan began widespread trade with countries around the world. The art that people saw coming from the east had a drastic effect on the style of art in the west. The fantasized realism in these works may have come to influence Robinson’s later illustrations and cartoons, but there is a concrete resemblance to the flowing lines and use of white or empty space that is clear in Art Nouveau and Japanese art. 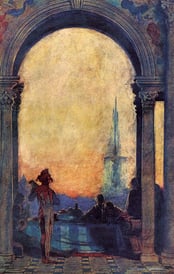 While building up his collection of comic drawings, Robinson continued with his work as an illustrator. He illustrated editions of Rudyard Kipling’s poetry, versions of The Iliad and The Odyssey, and several editions of different Shakespeare plays. The work he did for these has clear links to his art nouveau influences. The grand romance and tones to his work in these illustrations conflicted with his more comedic cartoons and people criticised his art for falling short of its full potential due to distractions or muddling. While critics at the time may have been unimpressed, the illustrations Robison produced still remain beautiful images that incorporate several styles beautifully.

During the First World War Robinson began to produce cartoons that sought to take a humorous, and sometimes mildly absurd, look at the world around him. He talked of rousing spirits with regard to the very serious position that people found themselves in at that moment. His cartoons were a success, managing to publish three collections of satirical cartoons during the war and also some after. This gentle humour would also rear its head in the Second World War where once again Robinson used his talents to keep up the spirits of the nation. The ability to take a serious subject and make it either a touch bizarre or humorous was Robinson’s great skill and so it is no surprise that it was how he chose to help the nation at that time. Heath Robinson is often remembered for his machines and contraptions alone, but his work stretched much farther than that. Not only could he use his comedic ability for more than just absurd cartoons but also to help people deal with the most difficult of times by seeking out the already absurd or amusing parts of them. Robinson's work in cartoons was funny and interesting but in his work elsewhere also produced stunning examples of early 20th century illustration. Heath Robinson rightly remains a staple in any discussion of British ingenuity, eccentricity and illustration.

This post is based off extracts from our book Masterpieces of Art: Heath Robinson (ISBN:9781786645418). This title is part of our Masterpieces of Art series which is packed, with tonnes of information and beautiful images. You can order it from our website here or on Amazon here.