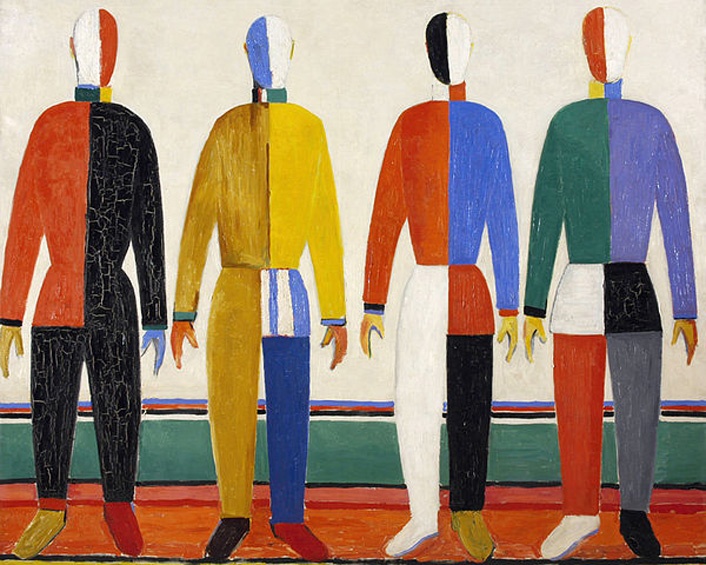 The Suprematism of the Russian artist Kazimir Malevich (1878–1935) took the essential aspects of Cubist painting to their extremes. Malevich believed that art could be free from the representation of recognizable figures and objects. By no longer having to worry about how to depict external reality, art could develop its own language of forms and create new realities ‘no less significant than the realities of nature itself’.

The key elements of Suprematist art for Malevich were the straight line and the square, which reflected his emphasis on the man-made rather than the forms found in nature. ‘Under Suprematism’, said Malevich, ‘I understand the supremacy of pure feeling in creative art.’ A pure black square was, he insisted, the true ‘zero of form’, the white space that stretched away behind it the empty void. 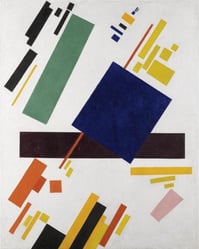 In Leningrad in 1915 the artist exhibited a series of works that he claimed he had worked on since 1913, including a notorious painting of a black square on a white background. The square was a form not to be found in nature; it was a deliberate negation of artistic illusionism as well as a provocative comment on the art of the past. Painted canvasses themselves are on the whole flat, square and rectangular forms; Malevich’s squares, however, were also intended to carry their own meanings for the artist himself, mainly of a spiritual nature. The elementary act of painting a line or square was, for Malevich, a gesture of humility, and he talked about the empty backgrounds of his compositions in terms of infinite spaces.

After a series of coloured compositions with groups of diagonally placed rectangular shapes, Malevich produced a series of ‘White on White’ paintings in 1918. These works, which suggested a kind of ultimate freedom from the material world, took painted representation to its limits, and proved a crucial inspiration for later generations of artists.

While Malevich felt strongly that art should have no connection with society, and that the artist should be able to pursue spiritual ideas in complete independence, other painters in Russia in this period, known broadly as the ‘Constructivists’, had a more pragmatic and rigorous approach to non-representational painting.

In around 1911, Mikhail Larionov (1881–1964) had developed a style he called ‘Rayonnism’, a means of breaking up objects through rays of light, colours and textures, which was also explored in the work of his partner Natalia Goncharova (1881–1962). Alexander Rodchenko (1891–1956) worked on paintings based on abstract principles, which he would later call ‘non-objective’, such as a series of works created in 1914 with the help of a ruler and compass. Liubov Popova (1889–1924) produced linear architectonic compositions. All of these painters were involved in the applied arts, creating theatre designs, book-bindings, textiles and posters, so that their artistic experiments had a public, practical application. 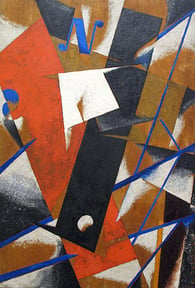 Born Liubov Sergeyevna Eding on the outskirts of Moscow, Popova studied in Paris shortly before the outbreak of the First World War. On her return to Russia in 1914 she met Vladimir Tatlin (1885–1953), who would later become the founder of Soviet Constructivism, and whose principles are very evident in her paintings immediately after the Revolution. In the last years of her life she designed costumes and sets for the theatre as well as patterns for the First State Textile Factory in Moscow, which put on a major retrospective exhibition of her works shortly after her sudden death from scarlet fever in 1924. Her paintings broke new ground in their exploration of spatial possibilities and in their colour values, characterized by overlapping circles, curved, diagonal lines and geometric shapes in which the colours merge or contrast sharply. She fervently believed that art should not be merely decorative but should serve some useful purpose, and but for her untimely death she would undoubtedly have become one of the major forces in Soviet art.

New Ideas for a New State

After the Russian Revolution of 1917, the concerns of ‘non-objective’ art as something divorced from reality were justified as ‘laboratory research’ – a means of trying out ideas which ultimately would contribute to the progress of the new socialist state. Some of the most important works of Constructivism would be posters and photomontages destined for a mass audience, but more significant even than these were the sculptural and architectural projects, which could directly benefit the public. Designs for constructions and buildings had their roots, however, in radical developments in painting, as explorations in three dimensions of the spatial possibilities of the painted surface.

El Lissitzky (1890–1941) had trained as an architect and in the 1920s produced a series of paintings based around his concept of ‘Proun’, taken from the Russian word meaning ‘new art forms’. Proun was a means of working in which the fundamentals of form such as space, proportion, flatness and rhythm were allied to function in the creation of utilitarian objects. Lissitzky’s paintings, such as Proun 99 (c. 1924), resembled architectural plans, depicted through rectilinear shapes and in muted tones. Lissitzky also travelled widely in the 1920s and was an important disseminator of Russian Constructivist theories to artists throughout Europe.

In France after the First World War, concern with the functionality of objects and links to architectural principles were central to the development of Purism. The movement was conceived in relation to Cubism, seen as a logical successor to it in the book After Cubism (1918), written by the painters Amédée Ozenfant (1886–1966) and Charles Édouard Jeanneret (1887–1965), now better known as the architect Le Corbusier.

The Purists took up the still-life motifs from the Cubism of Picasso and Georges Braque (1882–1963) – bottles, glasses and guitars – which they saw as ‘type objects’ uniting the positive qualities of precision and simplicity. Ozenfant and Jeanneret were critical of the development of Cubism towards decoration, and they called for a return to the values of order and objectivity that they felt it had originally pursued. These values were also to be found in the material world of man-made and machine-made things, which for the Purists were a much more fascinating subject for art than the human figure; this, they believed, suggested too many associations and feelings and was thus distracting.

Both Ozenfant and Jeanneret painted still-lifes in mainly interior settings, consisting of groups of bottles, cups, vases, pipes and musical instruments (all traditional still-life motifs, from the seventeenth century onwards), depicted in muted pastel colours. Their works appear quite similar, as both used a smooth painted finish in order to maintain an impersonal, objective effect. In works such as Jeanneret’s Still Life of 1920, the round openings at the top of these objects were shown as a series of full circles placed around the canvas, ignoring traditional perspective as the Cubists had done, and creating a sense of rhythmic regularity and order. 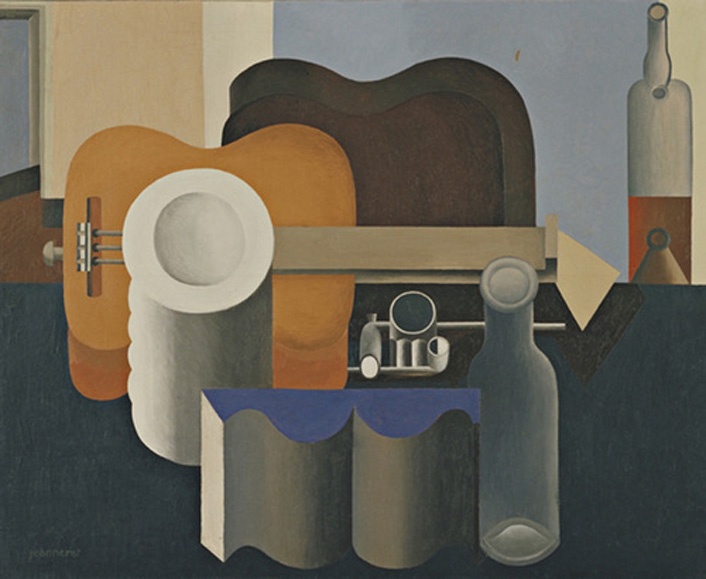 The Purist periodical L’Esprit nouveau (‘The New Spirit’) appeared between 1921 and 1925, and acted as a vehicle for the celebration of architecture, engineering and industrial design as key elements of a new functionalism and efficiency. Jeanneret began to pursue architectural projects in the early 1920s under the name Le Corbusier, famously declaring in 1923 that ‘a house is a machine for living in’. Purism also had a noticeable influence on the design principles of the German Bauhaus school of architecture and design, which had been founded in 1919 by Walter Gropius (1883–1969).

If you've enjoyed learning about these art movements, you should take a look at our Origins of Modern Art book, which puts them into the context of the changing art of the twentieth century, or The World's Great Masterpieces of Art book, which takes a fascinating look at many of the important art movements from the beginning of the twelfth century right through to contemporary art.