Posted by Laura Bulbeck
Similar to Fresco, Tempera was a medium popular among Renaissance painters before the emergence of oil painting. The popular medium for religious-themed works, these paintings were often done in neutral tones to reflect the nature of their subjects. Such famous works as Botticelli’s Birth of Venus and Leonardo da Vinci’s The Last Supper are among the most well-known tempera paintings today. 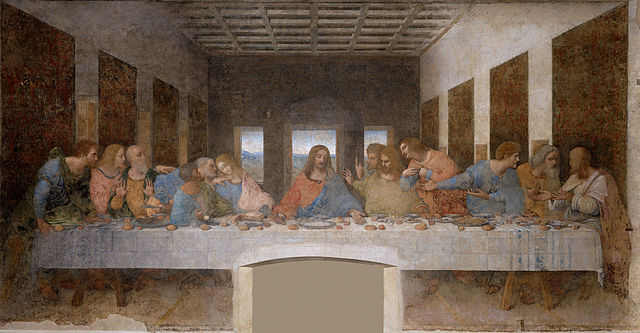 It was more refined than fresco and called for a greater degree of preparation. First of all, only certain types of close-grained timber were suitable for this purpose – lime, poplar and willow being preferred. Panels were carefully planed and any graining, knots or other blemishes filled with a mixture of size and sawdust and rubbed to a smooth surface. The panel was then covered with a piece of old linen affixed by glue. A material known as gesso (Italian for ‘gypsum’ or ‘chalk’, mixed with animal glue) was then added in up to eight layers. First came the gesso grosso (‘heavy plaster’), evenly spread with a spatula or broad-bladed knife, and finally the gesso sottile (‘subtle plaster’), diluted with water and mixed with size, was applied by means of a broad brush. When this surface was perfectly dry it could be painted with tempera paints. 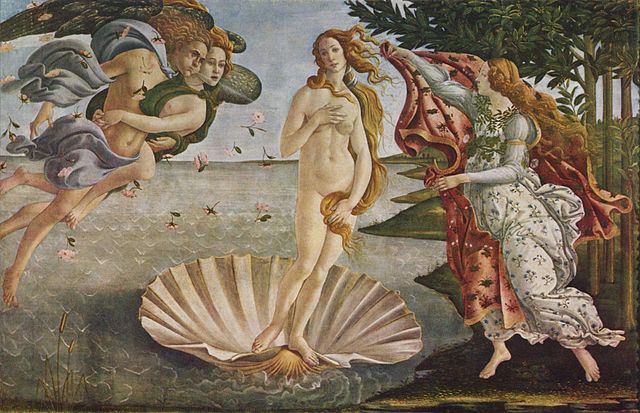 Because the paints were readily absorbed by the gesso and dried rapidly, tempera was a technique that called for great skill and extreme rapidity on the part of the painter. In unskilled hands, tempera often appears as very flat, but the best practitioners were capable of amazing results. By the technique known as chiaroscuro (from the Italian words for ‘light’ and ‘dark’) tone and shade could be achieved, either by hatched strokes, as in fresco painting, or more usually by repeated coats of paint on the precise area until the desired depth and darkness was achieved.

Tempera was a popular medium for icons and religious triptychs and looked particularly effective when the painted areas contrasted with gold surrounds. This called for a separate technique in which the areas to be gilded were given several coats of red bole to which the gold leaf was firmly affixed with egg white. Egg tempera on wood was the preferred medium of such Renaissance artists as Cimabue, Duccio, Fra Filippo Lippi, Ghirlandaio and Botticelli, while others, such as Piero della Francesca, Titian and Tintoretto employed it in their underpainting, using oils for the final painting. 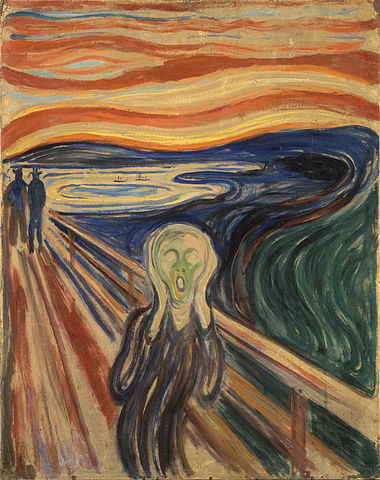 Tempera was widely used before the advent of oil painting which spread from northern Europe, but though the Italian artists were the last to abandon it generally in favour of oils, paradoxically tempera continued for several generations among the primitive painters of Germany and the Low Countries. Although largely superseded by oil painting, tempera survived fitfully over the years and enjoyed a new lease of life in the nineteenth century, as part of the general revival of interest in the arts and crafts of the late Middle Ages, and in more recent years the technique of tempera has been combined with oils. Dry colours with a tempera medium were also used extensively in commercial art from the early twentieth century, the pigments mixed with a compound of glycerine and gum arabic to produce colours of greater depth and intensity than was generally possible with watercolours. Like fresco, this modern version of tempera is a direct process which dries quickly and does not permit the artist second thoughts.

If you want to learn more about techniques and styles, our book How to Paint Made Easy comes out at the end of the month and can provide wonderful insight on how to get started on creating beautiful paintings. Alternatively, if you're interested in artists who used tempera, our Edvard Munch Masterpieces of Art book takes a closer look at Munch's painting style and how he used it to showcase themes such as love and anguish.