It was intended by Ruskin that the smallest detail should enjoy its own identity just as each person had his or her own. It was not enough to show the species, each plant had to have its own individual identity, a statement of God’s manifest Creation in all its diversity and wonder. According to Ruskin, writing in his pamphlet Pre-Raphaelitism (published in 1851), ‘[Artists] should go to nature in all singleness of heart … rejecting nothing, selecting nothing and scorning nothing’. Such was the importance of the natural elements in this painting that the figure of Ophelia was added only after the background had been completed. 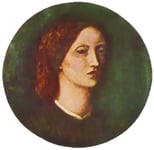 The Part of Ophelia

The model for this scene was Elizabeth Siddal (who later married Dante Gabriel Rossetti). Siddal posed for the painting across a four-month period by lying in a bath, from which she caught a chill. Her role as Ophelia for this painting was somewhat prophetic in that Siddal – whose grief for her stillborn daughter and husband’s infidelities exacerbated a long period of illness, precarious mental health and laudanum addiction – died of an overdose in 1862.

Get ready for the new year already with our new Tate Millais 2017 calendar, which showcases some of Millais’ finest works, including the hugely popular Ophelia. Or, if you’d like to find out more about the Pre-Raphaelites and the range of work produced by this circle of artists, you need look no further than our book Pre-Raphaelites: Masterpieces of Art, which you can buy here.