Top 10 Paintings | 'The Persistence of Memory' by Salvador Dalí

Salvador Dalí was the most complex and possibly most controversial artist of the twentieth century. Although his popularity with the public at large has never been in question, the attitude of the art world towards this giant of twentieth-century art has often been more ambivalent. The 1930s are referred to as Dalí's Surrealist period and it was during this decade that he created many of his best-known works. This includes his iconic The Persistence of Memory (1931). 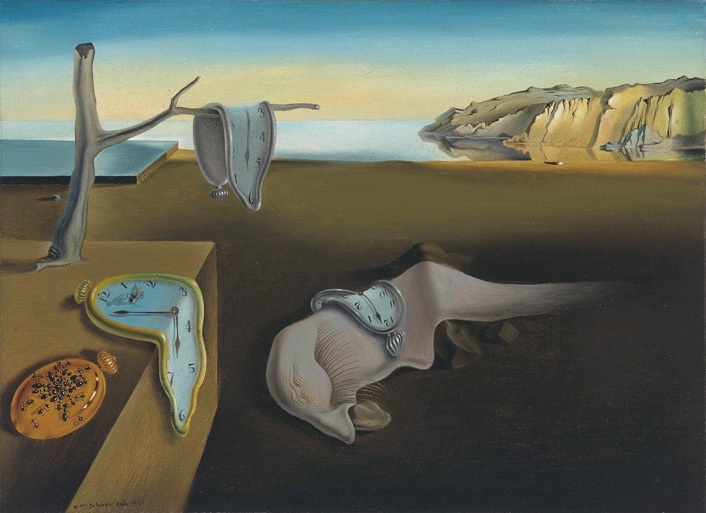 According to Dalí’s autobiography, The Secret Life of Salvador Dalí, while dining alone one evening he was attracted by an over-ripe Camembert cheese. Its collapsed, ‘melted’ form gave him the inspiration for the soft watch, his most enduring image. The transformation in Dalí’s imagination from Camembert to soft watch is a particularly good example of his paranoid-critical method of visualization.

The Persistence of Memory was originally conceived as a view of a sunset at Port Lligat where Dalí was to start building his house and studio complex. His addition of the three soft watches, appearing here for the first time, transformed the piece into one of the most iconic paintings of the twentieth century.

On the beach lies the familiar form of the sleeping Dalí over whose back is draped one of three soft watches, each one showing a different time. Do these soft watches represent the flow of time, or has the passage of time made them limp and decayed? The back of another, more solid, watch is seen crawling with ants, symbolizing the negative outcomes of a fear of revelation of the truth/time.

The Disintegration of the Persistence of Memory

In the 1950s Dalí painted an artwork based on The Persistence of Memory, which he called The Disintegration of the Persistence of Memory (1952–54). This new artwork shows Dalí reassessing his Surrealist theories of the 1930s in the light of the new reality that particle physics presented. He was fascinated by atomic theory and the concept that seemingly solid objects could be broken down to infinitesimally small particles that are in a continual state of flux and constantly gaining and emitting energy.

All of the major elements in his established masterpiece, The Persistence of Memory, are present in this new work: the soft clocks, Dalí’s head, the dead trees and the view of Port Lligat. However, these surreal elements are now of lesser relevance. They have been superseded by the ‘atomic’ view of the world, which Dalí represents with the blocked grid of particles that are advancing toward the bay, firing torpedo-like particles. For Dalí Surrealism was firmly in the past. The future lay in atomic physics. 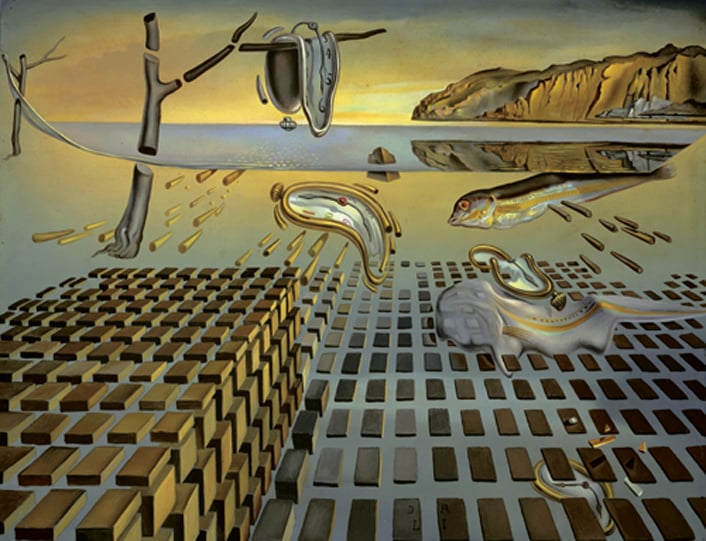 If you'd like to discover more about Dalí's provocative life and the huge body of work that his prodigious creativity and boundless energy produced, take a look at our brand new book Salvador Dalí: Master of Modern Art (ISBN: 9781783619931), here on our website.